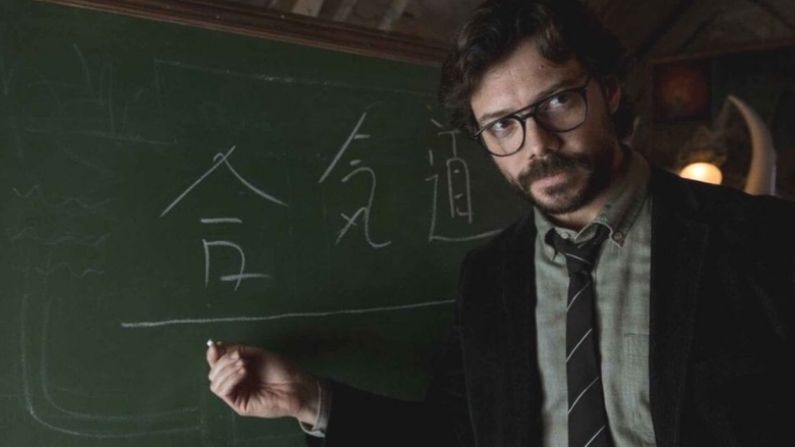 Alvaro got his cancer treated properly and he was soon able to beat cancer. The battle with cancer made Alvaro very strong as a survivor.

Some people may not know Spanish actor Alvaro Morte by his name, but if the name of Sergio of Netflix’s popular series ‘Money Heist’ is taken, then everyone is that vicious and cute professor. I Will start talking about Alvaro is the same professor at Money Heist, who has convinced everyone with his vicious mind. Money Heist is the most talked-about series of Netflix and Sergio Marquina aka The Professor is the most favourite character of the series.

The way Alvaro is seen as a fighter in the series, he has been a real fighter in real life too. There was a time in Alvaro’s life when he felt that he would not survive. No one knows that Alvaro has won the battle with cancer. He has been a cancer patient. In 2011, Alvars came to know that he had a cancerous tumor in his left leg. As soon as he was diagnosed with cancer, he immediately got treatment and now he is completely fine.

I’ll die in a few months…

In a 2016 interview given to the English site The Observer, Alvaro recalled his days when he was battling cancer. Alvaro had said – I still remember when the doctor came to tell me about cancer, wearing a white coat and with anaesthesia without putting a stethoscope around his neck. He had said- Look, this is happening to you and you have only a short time left to live.

During this, Alvaro also revealed that he considered his tumor to be very temporary. He thought that like other diseases, this too would be completely cured. Says Alvaro- For example, when it comes to a flu, you feel bad, you get fever, shiver, but you know it will happen to you. You never talk about it. When I came to know about cancer, there was talk about it. I realized that my chances of survival were slim. I started thinking that I would die in a few months.

In another interview, Professor aka Alvaro had said that the first thing that came to his mind after being diagnosed with cancer was death. He thought that he was going to die. He thought that his leg would be amputated, but it did not happen. Alvaro says- Then I thought if I die within three months, can I live in peace? Have I respected the people around me who love me? Have I been faithful to my principles? All this was going on in Alvaro’s mind at that time.

Alvaro got his cancer treated properly and he was soon able to beat cancer. The battle with cancer made Alvaro very strong as a survivor. Alvaro says that the disease changed the way he looked at life. He says that it gave me the pleasure of living this moment well.

India vs Belgium Hockey match Semifinals, Tokyo Olympics: India will give heart to hockey again, medal will be confirmed after 41 years!

MG’s electric car, which runs 419 km in a single charge, is making a splash, more than 600 bookings received in July