Mimi: To play the role of a pregnant woman, Kriti increased her weight by 15 kg, you will be shocked to see the video 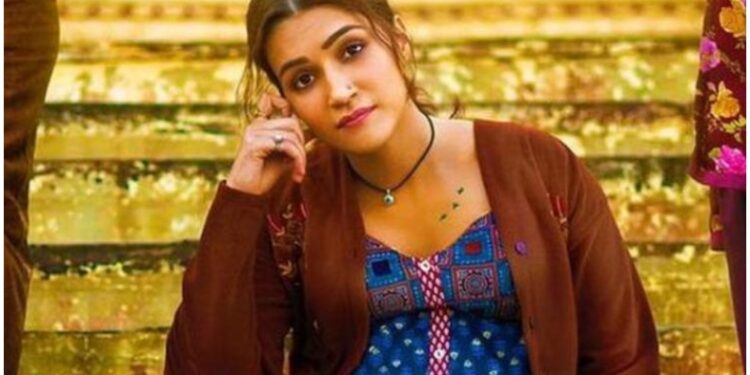 Kriti Sanon has shared a video during the making of the film Mimi. In the video, Kriti will tell you how she has gained 15 kilograms for her character.

Kriti Sanon did a tremendous transformation for Mimi

Kriti Sanon will soon be seen in the film Mimi. In this film, Kriti is playing the role of a surrogate mother. Recently the trailer of the film has been released which has got a very good response. This character is very special for Kriti because she has never done this before and at the same time she has worked very hard for it.

To play the role of a pregnant woman, Kriti had gained 15 kilograms. This is a big deal for an actress. Kriti was asked to do so by the director of the film. Now the video of this transformation of Kriti has surfaced, how she always used to eat on the set to gain weight.

The video begins with Kriti Sanon eating many rasgullas. She looks at the camera and speaks without any juice. After this, Kriti says that Laxman sir has said that Kriti has to increase your weight by 15 kg, so I said that wow it is called preparation. Then Kriti is seen eating on the set. She is seen eating all the time. After this the direct says that we all used to feed only Kriti.

Glad to see my transformation

Kriti says that I was eating all the chocolates, chips, sweets which we are forbidden to eat. Then the director says that when we saw the increasing weight of Kriti, we said that yes she is looking pregnant in real. In the end, Kriti says that to be honest, today when I am seeing myself on the screen with the increased weight, I am happy that it is good that we did it because everything is looking real on the screen which should be for the character.

Laxman sir told me “Mimi, i wanna see your face & believe that you are pregnant“
Being blessed with a good metabolism, gaining 15kgs was a challenge.. but when i saw how it translated on screen, it was all worth it!
Watch how: https://t.co/W9VwkJ8CsA@MaddockFilms #Mimi

Regarding her character, Kriti had said in an interview, I have played the character of a young girl who wants to become a Bollywood actress. Mimi has some dreams of her own and to fulfill them, she agrees to become a surrogate mother. The script of the film is very beautiful and after listening to the first half narration of the film, I said yes to do the film.

On the experience of working in the film, Kriti said, “I got some new experiences because of this character, being an actress, I realized many interesting feelings which I have never felt in my real life. I am very grateful to Laxman sir for this.