Mila Kunis: Why Ashton Kutcher and I Don't Shut Bathroom Doors at Home 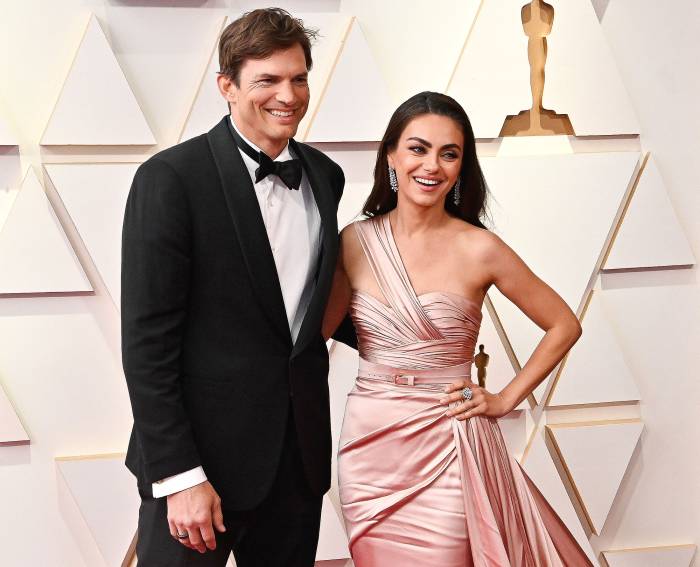 Their doorways are open. Mila Kunis bought actual about how she and husband Ashton Kutcher set boundaries — or don’t — with their kids at house.

The Bad Moms actress, 39, revealed in an interview revealed on Thursday, September 29, that she and the Ranch alum, 44, have “no closed doors” of their house. “That includes the bathroom,” she informed E! News. “It’s just one of those where, for better or for worse, as a family and the kids have all kind of embodied bodily function as a very standard norm.”

Kunis emphasised that the open-door coverage wasn’t typical for her earlier than she and Kutcher welcomed daughter Wyatt, 7, and son Dimitri, 5. “I never thought that I would be the person that was able to go to the bathroom with the door open,” she teased. “[Once I had kids], I was like, ‘Oh, forget it. Just keep the door open.’”

The Luckiest Girl Alive star joked that “it never made a difference” to her little ones if she did shut the door when utilizing the lavatory as a result of they might knock “every two seconds” regardless.

Last 12 months, the That ’70s Show alums raised eyebrows with one other distinctive parenting tactic when Kunis revealed that she and her former costar don’t bathe their children “every day.” The Ukraine native defined throughout a July 2021 episode of Dax Shepard‘s “Armchair Expert” podcast that she “didn’t bathe a lot” rising up abroad as a result of she “didn’t have hot water” accessible.

“I wasn’t that parent that bathed my newborns — ever,” the Black Swan actress added. Kutcher chimed in, “Now, here’s the thing: If you can see the dirt on them, clean them. Otherwise, there’s no point.”

The revelation shortly sparked a debate on-line, and a number of other different celebrities started to share their very own showering schedules. Nearly one month after the couple ignited a frenzy about their children’ bathing habits, the actors playfully put an finish to the dialog by documenting Wyatt and Dimitri’s washing up routine through social media.

Kunis went on to name the backlash “so dumb” throughout an look on The Ellen DeGeneres Show in September 2021. “I wake up every day and [I’m] like, ‘Today, I’m going to shower my kids.’ And then bedtime happens, and I forgot to feed them,” she joked. “There’s a body of water that they touch just about every day. Almost every day. Sometimes it’s a pool, sometimes it’s a sprinkler. It just depends. It’s [the] COVID [pandemic]. Like, who showers? We don’t leave the house. Who cares?”

The Ted star conceded on the time that she in all probability didn’t make the state of affairs “any better” together with her witty response, clarifying: “I feed my kids, you guys! Oh, God.”