Memories of 1971 Indo-Pak war will be fresh, will Ajay Devgn’s Bhuj: The Pride Of India be as hit as ‘Border’? 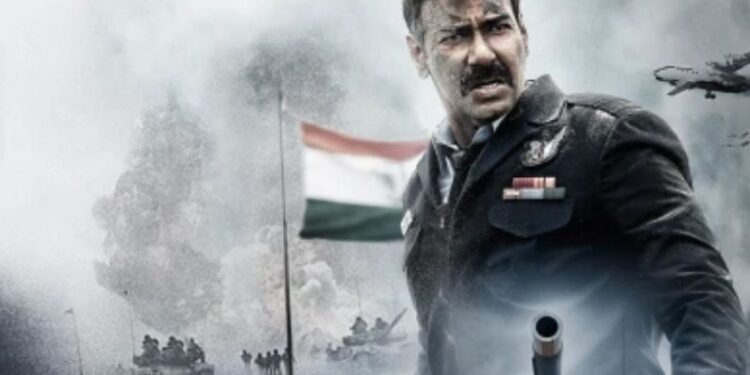 Apart from Ajay Devgan, many stars like Sharad Kelkar, Sanjay Dutt, Sonakshi Sinha, Nora Fatehi and Amy Virk will be seen in important roles in this film.

Bhuj The Pride Of India will release on August 13.

The year was 1971, when Pakistan once again demonstrated its nefarious act. On the borders of India, the brave soldiers of the country stood taunting to protect their nation. Pakistani attacks were happening from the borders, but at the same time, Indian air bases were also being attacked from the Pakistani Air Force. One of the air bases that fell victim to these attacks, Bhuj was also involved. Pakistani soldiers attacked Bhuj Air Base by showing their nefarious acts, but due to the bravery and valor of the Indian Air Force and the local people, Pakistan could not succeed in its plans.

Today, when the trailer of the film ‘Bhuj: The Pride of India’ was released, a name first came to mind. From the movie ‘Border’. The story of the film ‘Border’ was also based on the 1971 India-Pakistan war. Only a few soldiers were present on the Longewala border in Jaisalmer district of Rajasthan when Pakistan attacked. But the bravery with which these few soldiers fought with the Pakistani soldiers armed with tanks and weapons, hardly any countryman can forget. Then whether it is the people who saw that war or today’s generation. JP Dutta’s film showed us that painful and frightening scene of 1971, which is still in our mind.

This story shows the spirit of dying for the country

Now in the same way, the memories of the 1971 Pakistan and India war are going to be refreshed once again. This time we will get to know the history of 1971 war, which we have never seen before through the film. The story of ‘Bhuj: The Pride of India’ will help us to know the history of how Squadron Leader Vijay Kumar Karnik along with his team left the Pakistan Army. Squadron Leader Vijay Kumar Karnik was then in charge of the Bhuj air base.

After the sudden attack of Pakistan, Vijay Kumar Karnik, with the help of about 300 women of Bhuj, did the work of repairing the air base overnight. What happened after this is still recorded in the pages of history. The Indian Air Force had expelled the Pakistani Army from its territories. At the same time, through this war, India explained to the world that India and the Indian Army are no less than anyone.

Just as the eyes get moist after seeing JP Dutta’s film ‘Border’, it seems Ajay Devgan’s film ‘Bhuj the Pride of India’ is about to do. ‘Border’ proved to be a super hit on the big screen, but whether ‘Bhuj the Pride of India’ will also show the same charisma or not, it will be known on August 13, when Ajay Devgan starrer this film will be released. However, seeing the response of the audience that is getting to the trailer of the film, it seems that like Border film, this film of Ajay Devgan is also going to leave a deep impression on the hearts of the audience.

Apart from Ajay Devgan, many stars like Sharad Kelkar, Sanjay Dutt, Sonakshi Sinha, Nora Fatehi and Amy Virk will be seen in important roles in this film. Directed by Abhishek Dudhaiya, the film will release on August 13 on Disney Plus Hotstar.

Also read- Bhuj: The Pride Of India: Nora Fatehi is a surprise package, not only dance but also gives competition to many actresses in acting

Bhuj The Pride Of India: The trailer of the film is tremendous, you will be awakened by the spirit of patriotism in you too