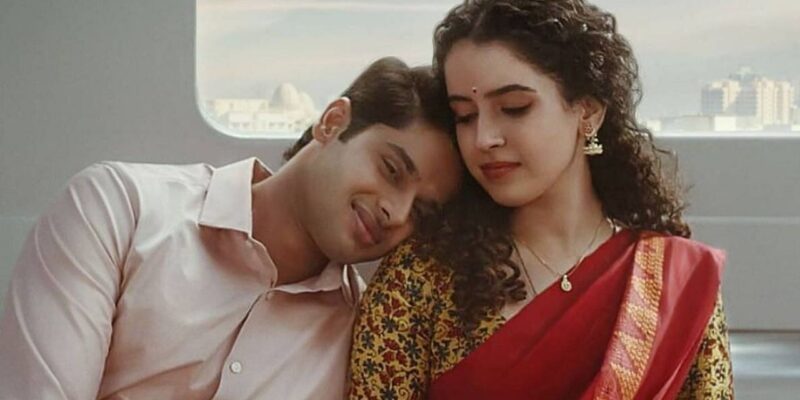 Actress Sanya Malhotra and actor Abhimanyu Dasana are going to be seen in lead roles in Meenakshi Sundareshwar. Actually, the story of this film is shown of a couple from Tamil Nadu, who carry forward their relationship through long distance.

The special style of the actors of both is being seen in the teaser, where the teaser was being praised, while some people have not liked this teaser. Actually the people of Tamil Nadu have not liked this teaser. He says that his culture has been ‘stereotyped’ in this film. Let us tell you that the film has been released on Diwali weekend i.e. on 5th November. You can watch this film on Netflix.

Why people were furious over the teaser of Meenakshi Sundareshwar

Recently, while releasing the teaser of the film Meenakshi Sundareshwar, Karan Johar said on his social media account that get ready. For the most different and super cute love story which is a long distance love story. Since then, there has been a shadow among the teaser fans.

In Teacher, it is shown how Sanya is seen in the role of a bubbly type girl, while her boyfriend Abhinanyu is playing the character of a slightly shy and straightforward engineer. But after marriage, they go out in connection with the job.

Seeing the simple and cute looking teaser, people have expressed a lot of displeasure on social media. Tamil people object to the fact that they have been presented in a very conservative manner in the film. Not only this, some users say that it is not necessary that Tamils ​​should always talk like this or there is a temple of Rajinikanth in their house.

no north indian made south movie is complete without “thalaiva” mentioned in the movie.

A Twitter user named Visible Distress has written that no North Indian film is complete without mentioning Thalaiva. One has written that Bollywood feels that South Industry is the same as Bollywood is shown in Hollywood. No one has even simple knowledge and they feel that they represent their culture.

Also read- Priyanka Chopra was seen walking on the streets of Spain with a bottle in her hands, photo went viral on social media

MP: When the accident happened on the National Highway, the victim complained to Nitin Gadkari, the repair of the road in 2 hours and FIR registered on the construction company