Lucky Number: Alia Bhatt keeps Ranbir Kapoor’s lucky number close to her, the secret is revealed in this new picture 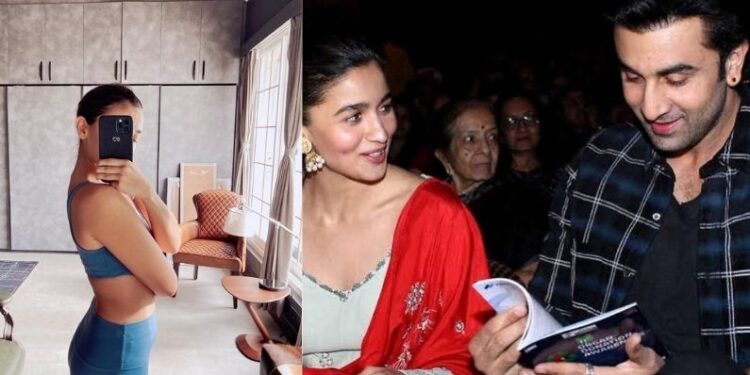 Ranbir Kapoor and Alia Bhatt have been with each other for the last several years and the love of this pair is also visible everywhere. In such a situation, today the actress has posted a picture in which once again Ranbir Kapoor’s love for Alia is seen.

Let us tell you, actress Alia Bhatt is doing 40 Day Fitness Challenge these days. In this episode, the actress has shared a new selfie on social media today. While sharing this selfie, he has told that he has completed 20 days of this challenge. Now only 20 more days of his challenge is left. In this selfie, the actress is seen wearing a sports bra. But in the meantime, the cover of Alia Bhatt’s phone is seen in the discussion. On which a number is written and a heart is made in front of it.

Also read:- Top 4 Dubbed in Hindi: Here is the list of dubbed movies going to be released in July on MX Player, the content here is free