Love Story: TV’s Ram-Sita’s pair also formed in real life, both of them married not once but twice 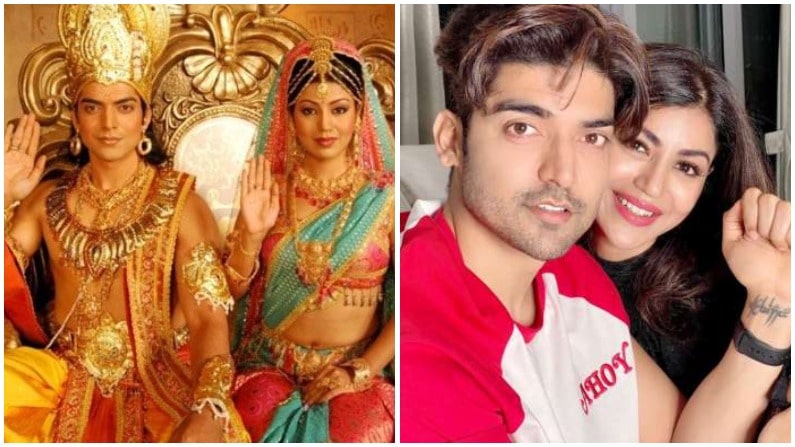 When Gurmeet Chaudhary and Debina Banerjee, who won everyone’s heart by becoming Ram-Sita of TV, both did not know when they won each other’s heart.

Gurmeet Choudhary and Debina Banerjee, who became popular with TV’s Ram and Sita, are one of the perfect couples of TV. Fans consider both of them to be Ram-Sita even in real life. Even after so many years of marriage, the chemistry and love between the two remains intact. By the way, do you know that Gurmeet and Debina, who gave so much love to each other, never thought that both would become friends. In the beginning, both had a lot of fighting and then when they fell in love, they got married twice.

Many people think that Gurmeet and Debina Banerjee met on the sets of Star Plus show Ramayana, but let us tell you that both know each other before this. The two met for the first time in 2006 during a talent contest. Debina had told about this, ‘I was selected from Kolkata and Gurmeet from Mumbai. During that time we were together for 30 days. We were given acting workshops and training. I don’t know how much it helped us in our career, but that’s where we met for the first time.

how the meetings grew

After this, when Debina went back to Kolkata, both were not in touch for a long time. When Debina again shifted to Mumbai for work, the two met again. She was staying with her friend as a Pines guest and her roommate’s boyfriend was Gurmeet’s friend. At the same time, there was such an anecdote that when Debina was coming, Gurmeet had to pick her up from the airport, but she did not go, which made the actress very angry. When Debina met Gurmeet, she told him a lot. After this, after a few further meetings, things went well between the two. Debina had told, ‘Gurmeet used to come to my apartment with his friend who was dating my friend. We used to sit and talk together. During these conversations we got to know each other very well.

According to Debina, she never thought that both would become real life partners. Now about how Debina had felt love for Gurmeet again, Debina had told, ‘When my roommate’s partner went out of town, Gurmeet had stopped coming. At that time Debina realized that she was missing Gurmeet. Then Debina called Gurmeet and talked for hours.

So on how the two started dating, Debina had said, ‘One day Gurmeet called me and kept talking for hours. Then he was engaged in nonsense which made me very upset and I said, I think you want to say I love you. Gurmeet immediately said yes. After this call he immediately came to my house and proposed me for marriage.

Few people know about when the two got married. Gurmeet had said about this, ‘Very few people know about our marriage. We were not actors and were looking for work. At that time we were only 19-20 years old. We ran away and got married. We didn’t even tell the parents. Our friends helped us with the wedding. Then both of them told their respective families about the marriage and after persuading them they got married in the year 2011 in the presence of the family members.