Love Story: Shilpa Shetty and Raj Kundra’s love story is no less than a film, this is how they fell in love with each other 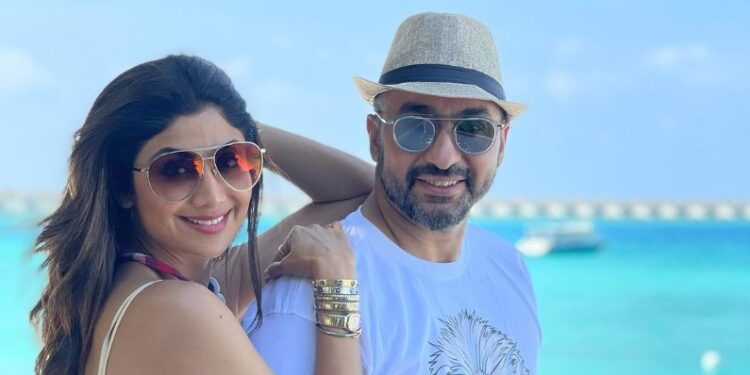 Shilpa Shetty and Raj Kundra tied the knot in the year 2009. Even after many years of marriage, the love of both is same as before. The chemistry fans of both are very much liked.

Shilpa Shetty and Raj Kundra are one of the famous couples of Bollywood. Both are very active on social media and do not miss an opportunity to express their love. The chemistry fans of Raj and Shilpa are very much liked. Raj and Shilpa tied the knot in the year 2009. Both have been married for more than 11 years but the chemistry of both is still the same. Today we tell you about the love story of Shilpa Shetty and Raj Kundra.

Shilpa Shetty and Raj Kundra’s love story is no less than a Bollywood film, it is full of controversies. Even after all these things, Raj and Shilpa are living happily together and they also have two children.

Shilpa Shetty and Raj Kundra first met for a business meeting. Where Raj helped Shilpa in promoting her perfume brand. According to the reports, then the news of their closeness started coming. But Raj had justified them wrong. He said that we are just good friends. I have a business relationship with Shilpa.

Shilpa had told in Pinkvilla’s talk show No More Secret that her first meeting was with Raj through a friend. This meeting was held regarding the discussion of business deal. I was impressed by his smile and charm. Raj also liked Shilpa very much in the first meeting. He had said in an interview that he had fallen in love with Shilpa after seeing her.

Both Shilpa and Raj started liking each other and then the process of dating started. During that time Shilpa had told in an interview that I am dating someone but I do not want to say much about it right now because we have just started our relationship.

Raj used to give expensive gifts

While dating Shilpa Shetty, Raj Kundra used to give her expensive gifts. He did not miss an opportunity to impress Shilpa. Shilpa had told in an interview that Raj had proposed her in a very wonderful way. He proposed Shilpa with a 5 carat ring.

He was already married when Raj Kundra was dating Shilpa Shetty. He married Shilpa after getting divorced from Kavita. However, when Kavita came to know about Raj and Shilpa’s relationship, she accused the actress of breaking her house.

Shilpa Shetty and Raj Kundra tied the knot in the year 2009. Both of them got married with great pomp. Shilpa’s special friends attended this wedding.

Also read: Shilpa Shetty has been associated with controversies, from connection with underworld to breaking the house