Love Story: Ram Kapoor and Gautami were exactly opposite each other, know how they became Humsafar 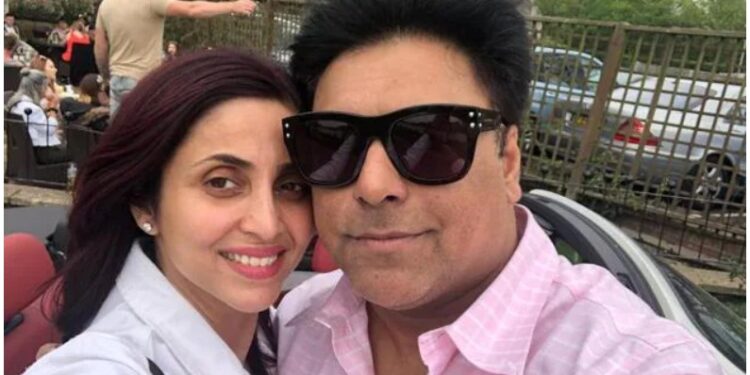 The love story of ‘Bade Achhe Lagte Hain’ fame Ram Kapoor is quite funny. He and Gautami were absolutely opposite each other, but then know how their hearts met.

Both Ram Kapoor and Gautami are popular actors of TV. If both are seen together in TV events, then everyone’s eyes are fixed on them. Even on social media, both of them keep showering love on each other. Both have been married for many years, but even today their bond and love are very fresh. Fans know very well about the professional life of both, but not about personal. So today we tell you about the love story of Ram and Gautami.

Ram and Gautami met on the sets of the popular show Ghar Ek Mandir. Gautami was playing the role of Ram’s sister-in-law in the show. The characters of both of them in the show were liked by the audience and the offscreen chemistry of both of them was doing wonders differently.

both were completely opposite

However, it was very difficult to be together because both of them had different nature. Ram liked girls who party and drink, Gautami was not his type at all. But you must have heard that if opposite attracts then Ram and Gautami also started coming closer to each other.

You must have seen celebs doing a lot of romantic proposals onscreen but this did not happen to these two in real life. The real life proposal of both was simple and beautiful. The two were enjoying a party one evening where Ram simply asked Gautami if she would marry him. Gautami, who herself was giving heart to Ram, immediately said yes to Ram.

Ram and Gautami got married on Valentines Day i.e. on 14th February. This decision was of Gautami because it is the day of love. Initially there was some problem from the side of the family, but then both of them together convinced them. Gautami was Maharashtrian and Ram Punjabi, but both of them married according to Arya Samaj. Both got married in Mumbai. This was Gautami’s second marriage.

what do they say about each other

Ram had said in an interview, ‘It was the best decision of my life to make Gautam my life partner. She is also from this industry, so she understands my work very well. They know that I have to work for hours and I want nothing more than to have them in my life. When I am away due to work, I miss Gautami and the kids a lot. I like to spend time with him.

At the same time, Gautami had said, ‘My journey with Ram is very fun, challenging. We have been together for many years and today I am very proud of them. He works very hard and that is why he is so successful today.

The special thing about their relationship is that both of them consider themselves lucky to have each other in their lives. Both understand each other’s value and this is the reason for their Happy Married Laugh. Ram and Gautami are inspiration for today’s couples.

read this also- Before marrying Disha Parmar, Rahul Vaidya has a special wish for his music, will it be fulfilled?