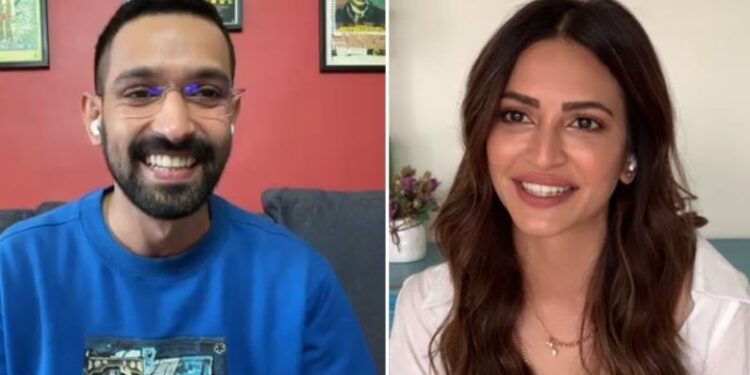 The story of the film 14 Phere revolves around two lovers, who want to get married, but their families are against this marriage.

Vikrant and Kriti during the trailer launch of 14 Phere.

Vikrant Massey also tied the bridge of praise of Kriti. Vikrant calls himself Kriti’s fan boy. Along with this, Vikrant also revealed that he had agreed to it only because Kriti Kharbanda was in the film along with having a good script. While making a confession about Kriti, Vikrant said that I and Kriti have known each other for a long time. I have seen his work, but to be honest, I have been a fan of Kriti for a long time.

He further said that according to me, Kriti is one of the most beautiful actresses. I saw him on screen. Apart from being beautiful, she is such a good actress. This is a perfect combination. I thought I got a chance to work with them. Such a great script. Meaning I have been a fan boy, Kriti’s for a long time.

Watch the trailer of the film 14 Phere here

As of now, talking about the film, it is a romantic comedy, which is releasing on July 23 on Zee5 to make your homes laugh. The story of the film revolves around two lovers, who want to get married, but their families are against this marriage. In such a situation, both make a grand plan with fake parents, in which they have to take 14 rounds instead of seven. Now if there is no twist in the story of the film, it cannot happen. What is this twist, for this you will have to wait till July 23.

Also read- 14 Phere Trailer: Will Sanju-Aadu get married even after 14 rounds? Vikrant-Kriti’s film will make a splash