Khoya Khoya Chand: The ‘red dupatta’ actress has become a victim of serious illness, know where she is now lost 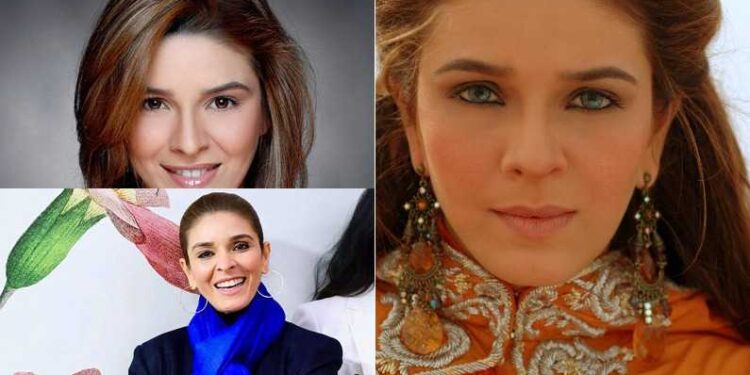 Raageshwari, who rules millions of hearts, is far away from the world of glamor and is enjoying her personal life. Let us know today where this 90s actress has suddenly disappeared-

In the 90s, many Bollywood actresses had entered Hindi cinema and made everyone crazy about themselves. Another name that is included in this list is the beautiful actress Raageshwari Loomba. This actress, who was seen in the song ‘Lal Dupatta Wali Tera Naam Toh Bata’ with Govinda and Chunky Pandey in ‘Aankhen’, made her fans crazy about herself.

Raageshwari, who rules millions of hearts, is far away from the world of glamor and is enjoying her personal life. Raageshwari was a good actress as well as a singer, she presented a song with her brother which was quite a shadow. Let us know today where this 90s actress has suddenly disappeared-

Let us tell you that Raageshwari had modeled for many brands since childhood. The actress made her Bollywood debut at the age of 27 with the 1993 film Aankhen. After this film, the actress was seen in many films, the actress had made everyone crazy about herself in a short time.

Rageshwari has suffered a serious illness

The actress sang in an album named Y2K: It was launched with a banging concert. Let us tell you that when Raageshwari was shooting a video of a song ‘Ikki Chikki’ from this album, she had malaria. Just a week after the concert, Raageshwari was diagnosed with Bell’s Palsy and was paralyzed. Raageshwari was a victim of a serious illness like paralysis in real life. Due to this disease, she could not even speak properly. It is said that her condition had become such that she could not do anything with the left side of her body.

Everyone was surprised by the actress’s illness. The fans even started feeling that the actress would be able to recover or not. However, after the illness, the actress paid full attention to herself and has completely cured herself again by doing physiotherapy, electrical stimulation and yoga.

After recovering from the disease, the actress completely distanced herself from the entertainment world. Raageshwari is married to London-based human rights lawyer Sudhanshu Swaroop. The actress got married in January 2014. Both had an arranged marriage, now the actress leaves the world of cinema and lives with her husband in London.

Also read- Breakup Story: Harman Baweja broke up with Priyanka Chopra because of a mistake, read her breakup story

The Family Man 2: What happened in Lonavala? Know why the curtain has not been lifted from this secret