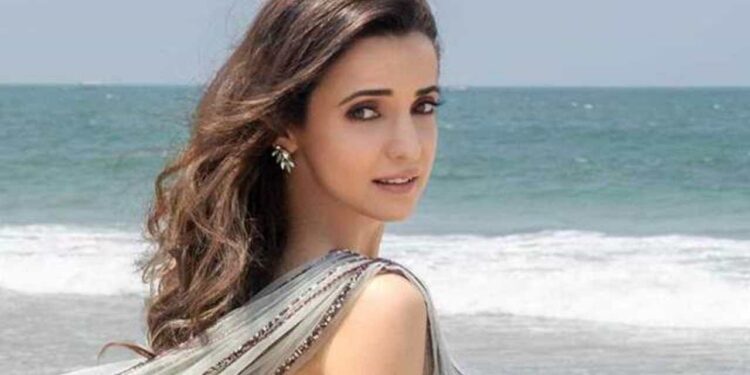 With her unsurpassed acting on the small screen, Sanaya has made everyone crazy about herself. The actress has been seen away from the world of serials for some time now.

Know where is Sanaya

Who does not know Sanaya Irani, who has made everyone crazy with her unsurpassed acting on the small screen. Sanaya has worked in many great TV serials etc. in her career so far. Sanaya dominates among fans due to her acting as well as cuteness. Sanaya is seen away from the world of serials these days.

Sanaya Irani has won the hearts of millions of viewers with her acting in many TV serials. Sanaya has played different characters in her career in front of fans. Let us know where Sanaya is these days and what is she doing-

Sanaya did her studies from Ooty. He studied at the boarding school in Ooty for about seven years. It was only after this that this TV actress studied MBA from Sydenham College. According to reports, at the time when she was studying MBA, her mother had advised her to take up modeling and acting.

After which she entered the modeling world. Only after being set in modeling, the actress again turned to acting. That is, the actress chose acting on the advice of her mother.

Fans hardly know that the first modeling portfolio of the actress was done by photographer turned actor Boman Irani. Sanaya Irani, who ruled among the fans, made her acting debut in 2006. After this the actress worked in many TV shows.

Sanaya, who made her acting debut in the TV world, first appeared in Aamir Khan and Kajol’s superhit film Fanaa. The actress made everyone crazy with her small role.

Apart from acting, Sanaya has also left her mark in many advertisements. Sanaya has worked in advertisements with many stars like Shahrukh Khan, Saif Ali Khan, Priyanka Chopra and Kareena Kapoor. Sanaya first appeared to the fans in the TV serial Left Right Left. This famous serial of the actress was presented in front of the fans in the year 2007. The actress got recognition from this serial. From 2007 to 2019, the actress was active in the acting world. She was last seen in the host in 2019, since then Sanaya seems to be far away from the acting world.

Sanaya Irani had introduced her acting in many famous TV serials like Miley Jab Hum Tum, Iss Pyaar Ko Kya Naam Doon and Rang Rasiya. Sanaya, who ruled over millions of hearts, had her heart on actor Mohit Sehgal. In 2016, she married the famous TV actor Mohit Sehgal. Both took seven rounds after dating each other for a long time.