Khoya Khoya Chand: Rati Agnihotri had once accused her husband of domestic violence, know where is this actress now 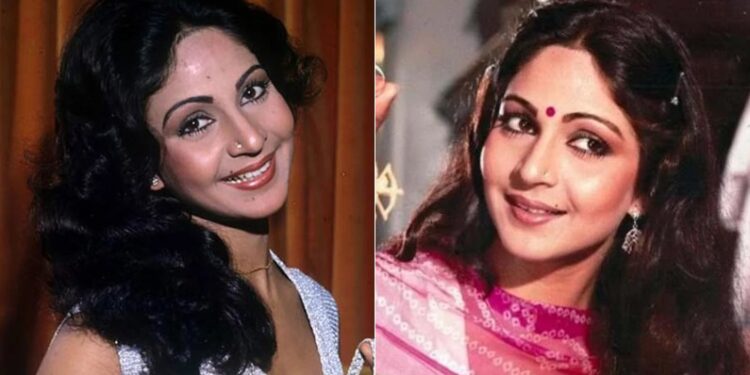 Fans have always known Rati Agnihotri for her superb acting as well as beauty. Do you know where is this actress ruling the hearts of fans these days.

Know where is Rati Agnihotri

How can fans forget Bollywood actress Rati Agnihotri. Rati, who was fond of acting since childhood, started modeling at the age of 10. Although talking about films, at the age of just 16, she had come into the world of cinema.

The credit for bringing the actress to cinema goes to Tamil director Bharathi Raja. It is said that he was looking for a new actress for one of his films and his search was over as Rati. Do you know where Rati Agnihotri, who became an overnight star from her very first film, is these days.

Rati started her career in 1979 with the film Pudiya Varapukal, from which she became an overnight superstar. Fans were blown away by both Rati’s acting and beauty. It is said that the actress worked in 32 Kannada and Telugu films in about 3 years.

After getting immense success in South, Rati Agnihotri stepped into Bollywood. In Bollywood too, she became a star from the very first film. He started his Bollywood career with the 1981 film Ek Duje Ke Liye. After this, she appeared in countless films like Farz and Kanoon, Coolie, Tawaif, Hukumat.

Away from the film world, Rati Agnihotri married businessman and architect Anil Virmani. At the peak of her career, the actress took seven rounds in 1985. After marriage, Rati had completely distanced herself from films.

After marriage, Rati took a long break in her film career. After about 16 years of marriage, she appeared on the big screen in the film Kuch Khatti-Kuch Meethi, in which she played Kajol’s glamorous mother. Apart from this film, she also appeared in a film like Yaadon. Along with this, she appeared in a Telugu film in the year 2016.

Although now Rati is away from films again for a long time. Rati is now spending personal time with her children. However, her fans are eager to see the actress again on screen.

Read this- Hot Pics: Jhanvi Kapoor wreaked havoc in a hot dress, the actress will make her act crazy