Khoya Khoya Chand: Kim Sharma became a star with ‘Mohabbatein’, had an affair with Yuvraj Singh, know where the actress is missing now 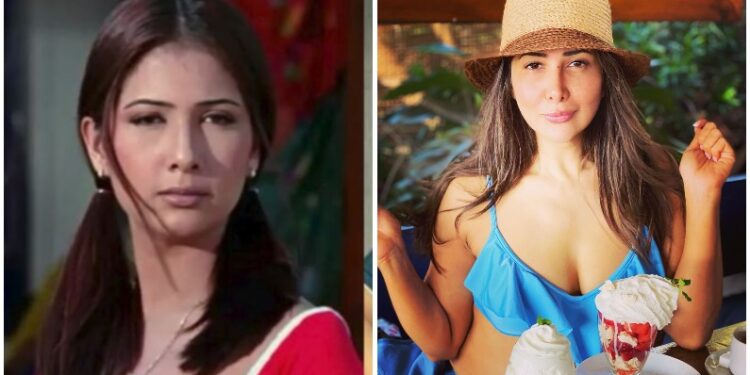 Kim Sharma made her Bollywood debut through the film Mohabbatein. The beginning of Kim’s career, who won the hearts of the audience with her flirtatious style in the film, is very funny.

The film Mohabbatein, directed by Aditya Chopra, had many stars apart from Shah Rukh Khan, Amitabh Bachchan, in which Kim Sharma was also there. Kim stepped into Bollywood through this film. The beginning of Kim’s career, who won the hearts of the audience with her flirtatious style in the film, is very funny.

Actually, once she went on a Delhi trip with friends and during that time she auditioned for a toothpaste ad and she also got selected. After this, Kim gave ads for many brands. Then after modeling and working in many brands, Kim decided to work in films. After this he got the film Mohabbat.

After getting good response in the first film, Kim worked in many films but she did not get the same response as she got in Mohabbatein. Now even after getting a tremendous response in the first film, when Kim did not get that popularity, she was very sad. But then Kim got the film ‘Fida’. Kim had high hopes from this film of Shahid Kapoor, Kareena Kapoor and Fardeen Khan, but according to reports, many of her scenes were cut from the film, after which her character could not appear in front of everyone. Kim was very disappointed. Kim’s career sank in the last and she was last seen in the Telugu film Yagam.

Kim’s affair with cricketer Yuvraj Singh had been in the news a lot. According to reports, both were in a relationship for 4 years. However, then suddenly both of them broke up. Yuvraj Singh had told in an interview that both of them had decided to separate because there was no understanding between the two. At the same time, Kim had said that there was a lack of compatibility between the two.

Kim again married businessman Ali Panjani in the year 2010 and she started living with him in Kenya. However, after some time of marriage, there was a rift in their relationship and both of them separated. It was being said that after the divorce, Kim’s financial condition had worsened. Although the actress had called these reports wrong. Kim had said that her financial condition is absolutely fine and she is living well in Mumbai.

In relation with Harshvardhan

A few days ago, Kim’s name was also associated with Harshvardhan Rane. Both used to go to parties and events together. But then the love of both did not last long and both of them separated.

what are you doing at the moment

According to reports, Kim is currently playing the role of a brand strategist for companies in Mumbai. Kim may be away from films, but she remains in a lot of headlines for her bold and hot photos.

read this also- Mahi Vij’s brother did not survive despite Sonu Sood’s help, wrote this message for the actor