Khatron Ke Khiladi 11: Shweta Tiwari burst into tears after hearing the ‘kiss’ task, finally the task had to be completed 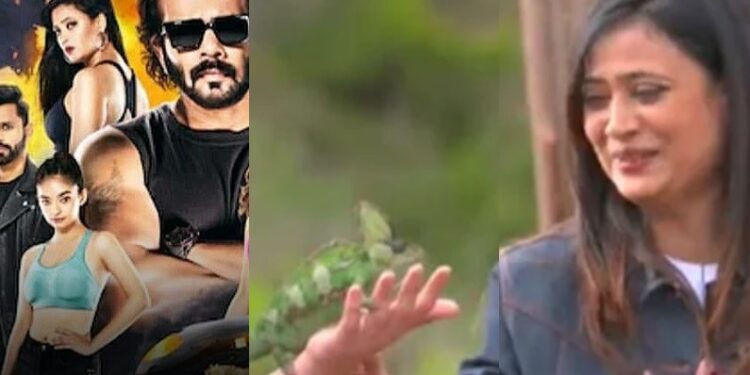 Since the beginning of Khatron Ke Khiladi 11, the country’s beloved daughter-in-law Shweta Tiwari has shown a different style. Fans are liking this look of her.

work to be completed

Shweta Tiwari’s entry in Colors TV’s adventure reality show Khatron Ke Khiladi season 11 was quite fun. In fact, where the rest of the danger contestants reached the shooting location in a car, Shweta Tiwari was brought in a box. Shweta said that she is a big fan of this show but at the moment she wants to go home. Hearing this, everyone started laughing out loud. TV’s daughter-in-law Shweta Tiwari was given the task of kissing as soon as she entered. Yes, Rohit Shetty told him that now he will have to kiss an animal.

A big chameleon was brought in front of Shweta. He had to kiss this green chameleon. Shweta got very scared after hearing this from Rohit Shetty. He also tried to hide behind Arjun Bijlani, Rahul Vaidya but eventually he was sent forward. While closing her eyes, Shweta kissed the chameleon. And after completing this task, his life came to life. But before that, in the very first episode, he was given a more challenging task. In this task, he had to race with the leopard.

According to the task that Rohit Shetty gave to Shweta Tiwari, Anushka Sen and Arjun Bijlani, according to this task, they had to go to a cage and remove the tags, two leopards were present in this cage. In his presence, he had to come out while taking out this tag and come forward crossing the hurdles put in front. After crossing these hurdles, they had to reach their target before the leopard running from the other side in front of them. In this task too, Shweta gave an amazing performance while reaching the target before that leopard.

Indian Idol 12: Dharmendra became emotional after remembering Dilip Kumar, said- I have not recovered yet… Saira took care like a mother

Taking off shoes and throwing them in front of others is considered a respect in this culture, in Super Dancer Chapter 4 the emperor revealed