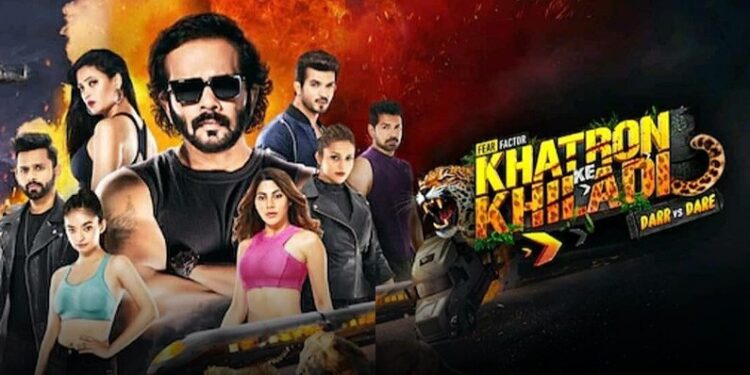 Khatron Ke Khiladi can be called a refreshing show of the world of reality shows. Beyond the emotional atrocities, this reality show by Rohit Shetty is going to entertain the audience a lot for the coming few months.

The journey of Colors TV’s Adventures Reality Show Khatron Ke Khiladi Season 11 has started today from 17th July. Rohit Shetty is also hosting this season of this show coming Saturday and Sunday. The first episode of this show, shot in South Africa, the birthplace of Khatron Ke Khiladi, was quite interesting. So let’s take a look at five reasons that make this show so different and special from other reality shows.

Stunts to be held in South Africa

Khatron Ke Khiladi Season 1 started in South Africa itself. Although Rohit Shetty had joined this show from season 4 and during that time also this shoot was done in Africa itself. The way wildlife in South Africa can do stunts with wild animals. It is almost impossible to do that in any other country. In the first episode itself, the audience got to see the leopard, the hyena along with the contestants performing stunts.

As always, this time too Rohit Shetty’s reality show has very famous actors, including Arjun Bijlani, Divyanka Tripathi, Abhinav Shukla, Rahul Vaidya (Rahul Vaidya), Vishal Aditya Singh ( The names of well-known stars of the TV world like Vishal Aditya Singh, Anushka Sen, Shweta Tiwari are included. It is going to be quite fun to see these contestants in their original style.

Rohit Shetty has hosted Khatron Ke Khiladi five times so far. This is his 6th season. Rohit Shetty himself is aware of the stunts. That’s why having such a host in an adventure reality show like Khatron Ke Khiladi means a lot. Because this famous director of Bollywood himself directs his stunts, he also plays a lot of responsibility of guiding the contestants while encouraging them.

Desi style of ‘Man Vs Wild’

This time in Khatron Ke Khiladi, the desi style of Man Vs Wild is going to be seen and Naagin Actor Arjun Bijlani will be seen playing the role of Bear Grylls. This style of Arjun Bijlani is completely new for the show. Along with this, many pranks will be played by Rohit Shetty on the team of stunts throughout this journey.

Something will be different from the tear-filled reality show

Many reality shows full of tears and emotions are currently on air but Khatron Ke Khiladi in a show where there is no emotional baggage. Not only this, along with adventure, this show also seems to have a tinge of comedy. Therefore, in the weekend, if the viewers want to watch something exciting by keeping their emotions on the side, then this show is a perfect show for them.

Farah Khan celebrated her dog’s birthday in such a way, came such a cake that the video went viral