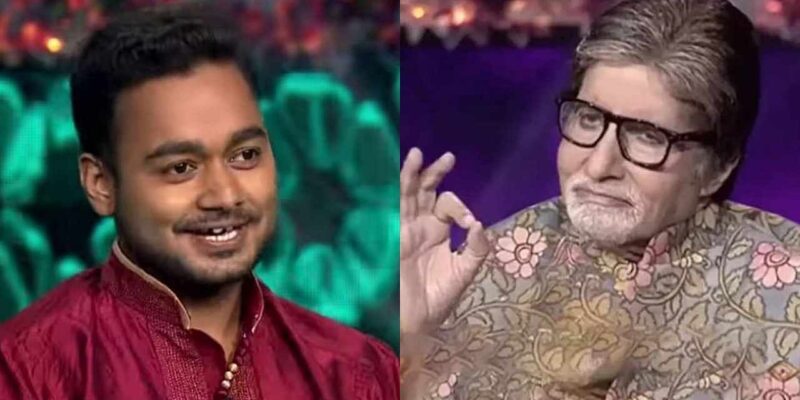 Who wants to be a millionaire

Amitabh Bachchan talks to every contestant on his life, family, career, experiences, struggles, dreams and many more topics. In such a situation, today’s day has also been very special, where the actor has also talked about himself.

During the show, when Anuj Aggarwal is asked a question related to Allahabad (Prayag), when the contestant is asked if you have spent a lot of time there, he says that the memories of childhood still remain there. Amitabh Bachchan told that I have lived in Allahabad for 14 to 15 years, where childhood passes, it is special, friends used to roam there. Not only this, Big B told that he also celebrates Ashtami in a special way.

Amitabh spoke on Shweta and Abhishek

After Anuj’s departure, Sumit Kaushik came to Delhi’s seat, his mother said that she loves the film Baghwan, she always starts crying after seeing it. Not only this, she told that seeing you cry, she starts crying. On this, Mahanayak says that you do not watch that film or everyone starts laughing after hearing it.

After this Sunit’s mother asks Amitabh Bachchan that Sumit was very capricious in childhood, used to fight with siblings, so what was the relationship between Shweta and Abhishek, Big B lives on this that Abhishek is more playful, but in siblings who Love happens, it is memorable, so even if there is a fight every day, but they never leave together.

Also read-KBC 13: Anuj Agarwal of Agra gave a wrong answer of Rs 12.50 lakh, know what is the correct answer?

Before the release of Shahnaz Gill’s first ‘Hosla Rakh’, Georgia praised – ‘Stars are born to shine’