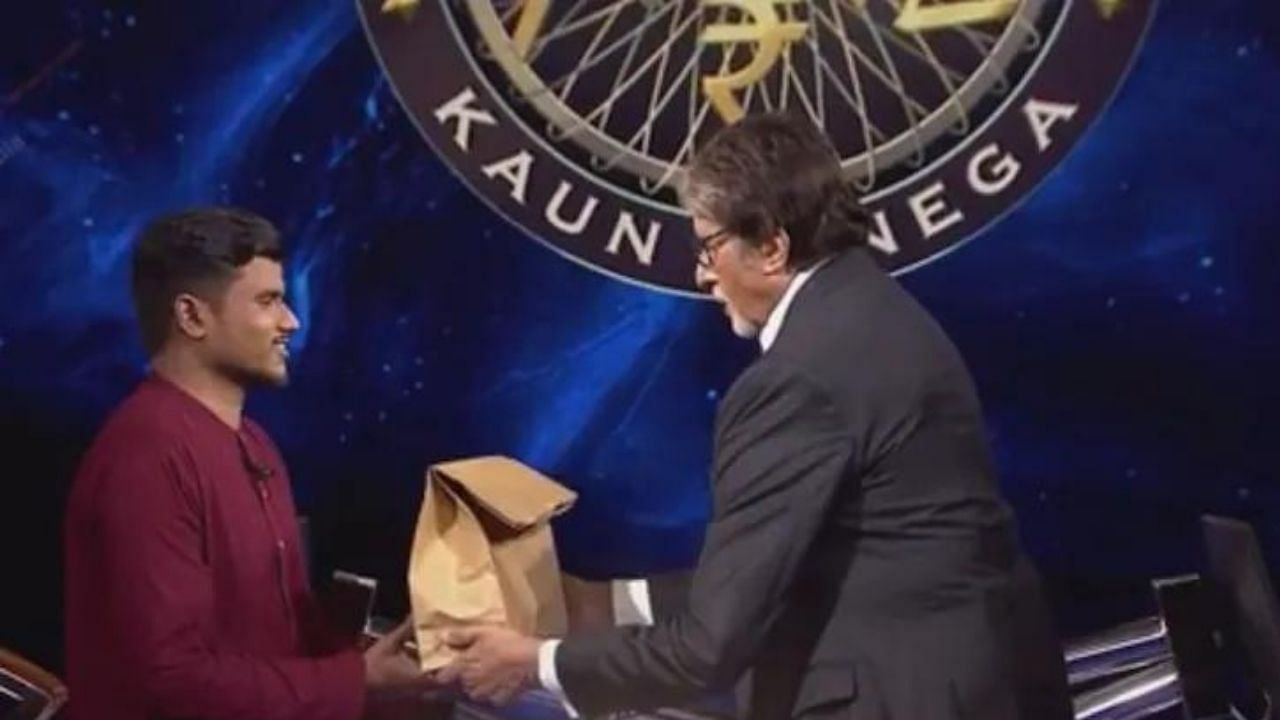 For Akash Waghmare, today Amitabh Bachchan ordered food in a very special way. Let us tell you, Akash is a food delivery boy who earns 8 thousand rupees every month. But today he went from this platform by winning 3 lakh 20 thousand rupees.

TV’s famous quiz reality show Kaun Banega Crorepati 13 was very special today. This Wednesday’s episode started with Akash Waghmare coming from Maharashtra, he had won 10,000 rupees last day, after which today Amitabh Bachchan played this game of knowledge with him as a roll over contestant. started. Let us tell you, Akash’s dream is to become a police sub-inspector later.

After Akash’s departure, Amitabh Bachchan again played the game of triple test and then Vijay Kumar confirmed his place on the hotseat by winning this test. Let us tell you, Vijay is a constable who came to Mumbai for the first time from Madhya Pradesh to play this game. Vijay is a big fan of Shahrukh Khan. Those who are dreaming of meeting him after coming to Mumbai. Vijay has told Amitabh Bachchan that he will soon take a picture outside his house. Vijay played a very strong game here today, Amitabh Bachchan liked his style very much. Where he won 6 lakh 40 thousand rupees by watching a video question today.

The last question that Amitabh Bachchan asked Vijay was

‘Mitra Shakti’ is the name of the joint training exercise between the army of India and which other country?
A). Bangladesh
B). Sri Lanka
C). Indonesia
D). Maldives

The correct answer to this question was ‘Sri Lanka‘ But before quitting the show, Vijay seemed to have answered Indonesia.

Let us tell you, today’s expert was Sharad Vivek Sagar, who was joining Boston for this game. Let us tell you, these days the show Kaun Banega Crorepati 13 is being well-liked by the audience. Where it is being said that this week the TRP of this show is also expected to be good.

Madhya Pradesh: Consumers may get shock of electricity bill, new rates proposed, hearing will be held on October 5

IPL 2021: The strength of this player halved as soon as he went to Kohli’s team, was lazy in batting, did not score even 10 runs