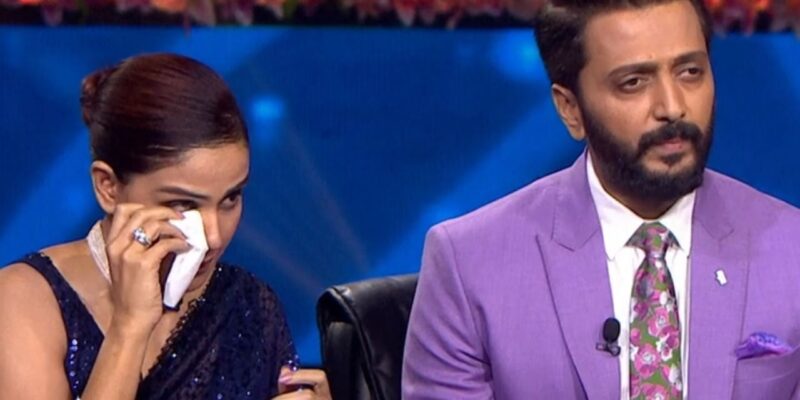 When Amitabh Bachchan asked Riteish and Genelia on the show how and why did you start it, while answering this, Riteish says that we have been wishing for a long time that something for the children suffering from cancer. do it. We will never be able to understand what goes on these children, but along with them, their families also struggle a lot. This disease is such, which is not cured in a month or two months. It takes exactly three years, when children have to be given chemo.

The actor further says that unfortunately this treatment is not cheap and there are many people who cannot afford this treatment. I think whatever little things we can do. Fund raising etc. Many times it happens in our country that there is a delay in getting the funds. Early signs of cancer in children are not visible. If someone has a fever, then think that he will be fine by tomorrow. That is why it is very important that this disease is detected as early as possible and its treatment can be started as soon as possible. We make every effort for this.

When Ritesh was talking about children suffering from cancer, Genelia’s eyes were flowing non-stop. She was very sad to see the pain of children battling cancer. After this, Ritesh urged Amitabh to talk to these children once through video call. Amitabh immediately accepted this request of Ritesh. Amitabh spoke to two cancer-stricken children present at Tata Memorial Hospital. Not only this, Amitabh Bachchan promised the children that he would get them phones so that they could play games on the phone in the hospital. Apart from this, Amitabh Bachchan also promised the children that as soon as he gets time, he will definitely come to the hospital to meet those children.

Prashant Kishor said on Lakhimpur Kheri case – Congress does not have immediate solution to the problems, Bhupesh Baghel targeted