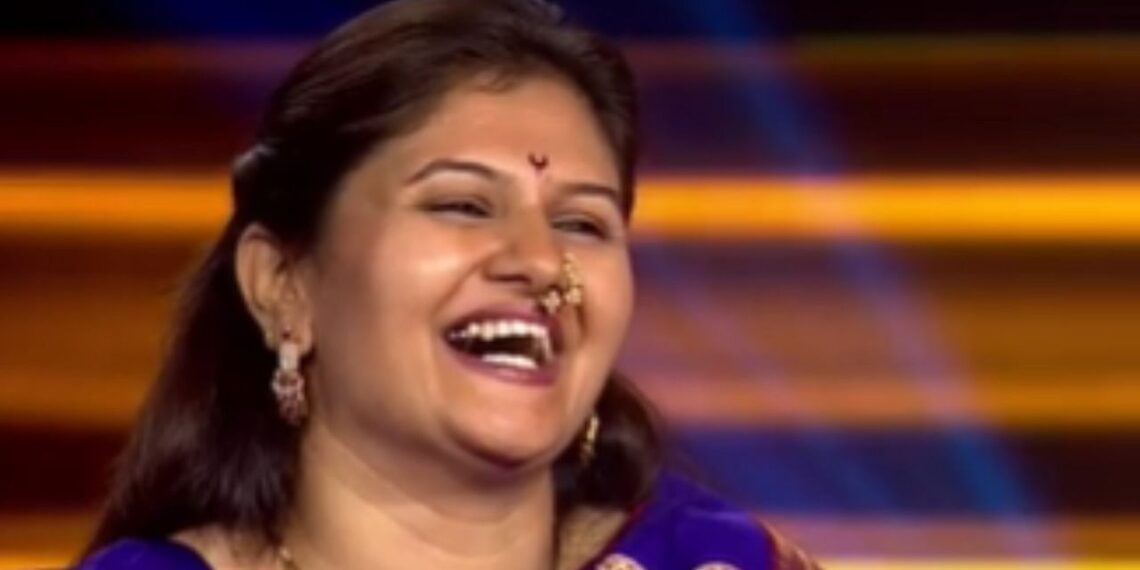 In Amitabh Bachchan’s quiz reality show Kaun Banega Crorepati 13, Deepti Tupe sat on the hot seat today. Know how much amount Deepti won from the show and took her home.

The Ganesh Chaturthi Special Week started today in the quiz reality show Kaun Banega Crorepati 13. After Sanchal Chakraborty in the show, Deepti Tupe sat on the hot seat by answering the first three questions. Deepti hails from Maharashtra and is a very happy woman. She went on to win 1 lakh 60 thousand rupees from this show.

Deepti did not know the correct answer to the question of Rs 3 lakh 20 thousand, due to which she decided to quit the show. With this, all his lifelines were also over. For 3 lakh 20 thousand rupees this question was asked- Usually each sitting of the Parliament of India begins with which of the following? Four options were given to this question which are as follows- A. Zero Hour, B. Question Hour, C. Legislative Business, D.) Privilege Motion. The correct answer to this question is- B.) Question Hour.

no one ever says aunty

Deepti Tupe is a resident of Pune. He told in his video that he has recently turned 40 years old. He is in mid age crisis. At this time, they are afraid that no one will come and call them Auntie. At the same time, his sons say that Auntie is gone, now accept yourself. There is no use in calling yourself young.

Enjoying this phase of life

Deepti says in the video that she is in that phase of life which she is enjoying the most. He said that in this phase I am his mother, perhaps now the feeling of sibling has also come.

Deepti says in her video that I am a good mother and also a good wife. Now I want to make my relationships feel proud. I think KBC can give me this chance.

After Deepti, Prasad Subhash Menkudle sat on the hot seat. But even his luck did not favor him much. Due to wrong answer, he left the show by winning only 10 thousand rupees. With which today’s episode ended.