Kareena Kapoor showed up as soon as the cover was launched, the book became the number one bestseller 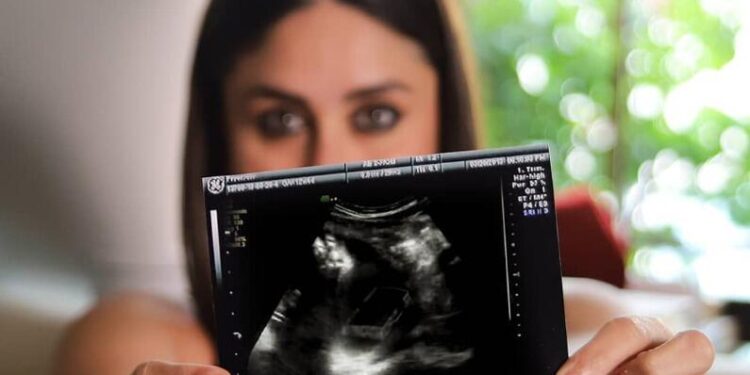 Bollywood actress Kareena Kapoor gave birth to her second son in February. Recently, Kareena has announced the pregnancy book. Her fans are very happy with this new beginning of Kareena.

Kareena Kapoor Khan, who is called the OG Queen of Bollywood, keeps setting fire with her style. Kareena is liked among fans for her every style. Even after being the mother of two children, Kareena is making her acting iron proud. Recently, the Bollywood star launched the cover of her first book ‘Kareena Kapoor Khan’s Pregnancy Bible’.

Let us tell you that the cover launch of ‘Kareena Kapoor Khan’s Pregnancy Bible’ took place recently and it is already trending as the number one bestseller on Amazon. The actress’ book became the first to trend in a few hours and that too fast.

Kareena Kapoor Khan, a mother of two, recently announced her memoir on Instagram, in which she shared both her pregnancies to help all mothers through their experiences. As soon as the superstar released his announcement video and shared the pre-order link, fans across the country started showering him with love.

Effectively, the ‘Pregnancy Bible’ has been verified by FOGSI, India’s official body of gynecologists and obstetricians. It also includes inputs from several experts.

Recently Kareena Kapoor Khan shared a video on social media. In this video, she is seen standing in the kitchen and then takes out her book from the baking tray. While sharing the video, the actress wrote that this is my journey. Both My Pregnancy and My Pregnancy Book Bible. How sometimes I was excited to work and sometimes it was difficult to even get out of bed. This book is very close to my heart as I have written about my physical and emotional experiences during both my pregnancies.

Kareena Kapoor Khan is constantly active in films. Before the birth of the second son, the actress appeared in the film Good News, in which her opposite Akshay Kumar appeared. Kareena had been working till just before the birth of her second son. Now Kareena Kapoor will be seen in ‘Lal Singh Chaddha’. Not only this, Karan Johar’s period drama ‘Takht’ can also be seen with him.

This TV actress is battling kidney failure, it is difficult to get treatment due to financial constraints