Kangana Ranaut raged on Bollywood amidst the release of Pathaan, know what she said 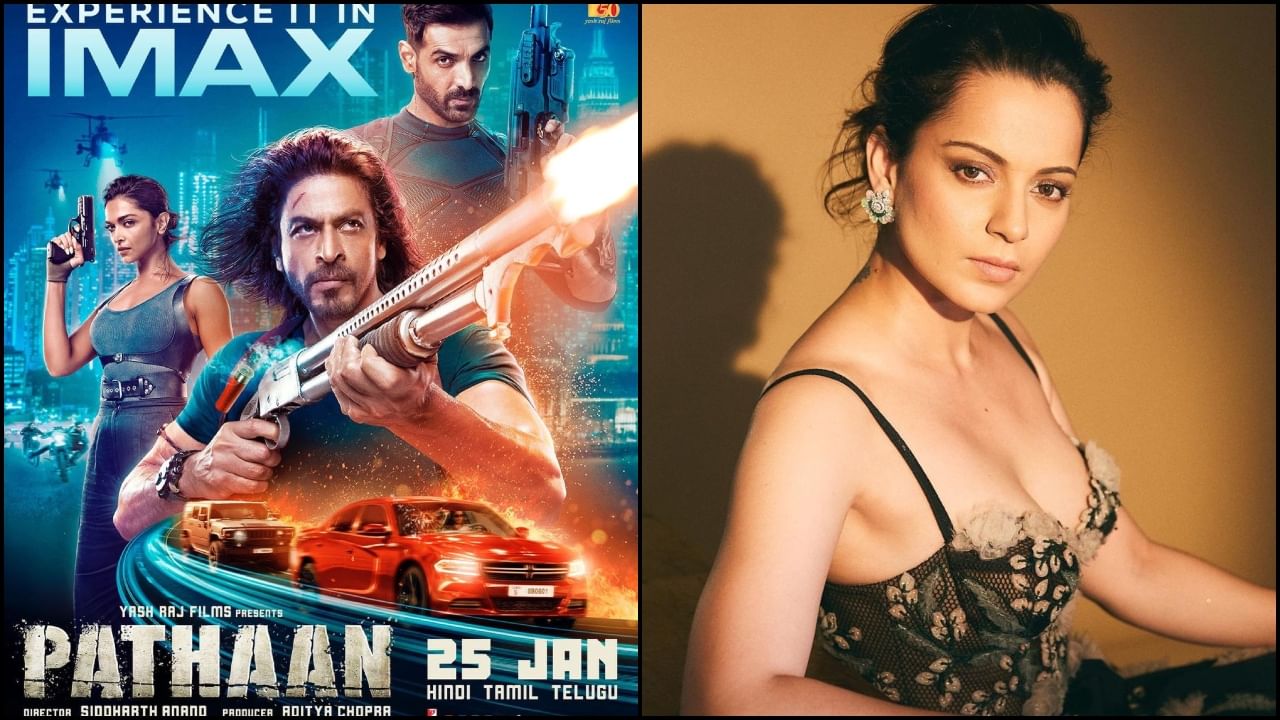 As soon as the Twitter account of Bollywood actress Kangana Ranaut restarted, the actress has returned to her old routine. Amidst the release of Shah Rukh Khan’s Pathan movie, the actress has indirectly targeted the film and accused the industry of giving importance to figures over creativity.

Kangana Ranaut Tweet Targeting Bollywood: Despite being a part of the Bollywood industry, Kangana constantly remains in headlines because of her statements on the industry. The Twitter of the actress was suspended. Recently his Twitter account has been restarted. On returning to Twitter, Kangana has once again targeted Bollywood. The great thing is that his statement has come in the midst of Pathan’s release, but he has not mentioned Pathan anywhere.

Kangana kept her point through some tweets. In this, he has targeted the creativity of Bollywood and said that the success of a film is always measured on the basis of numbers, not on the basis of its quality. Kangana said- The film industry is so stupid that whenever it has to project its success, instead of focusing on its creativity, it always starts showing the glow of digits on your face. This is clearly an indication of how low the standard of the film industry has fallen.

Film industry is so crass and crude that whenever they want to project success of any endeavour/creation/art they throw flashing currency digits in your face, as if art has no other purpose.. it exposes their lowly standards and the kind of deprived lives they live..

Primarily art blossomed in temples and reached literature/theatres and eventually inside cinemas. It is an industry but not designed for major economic gains like other billion/trillion dollar businesses, thats why art/artists are worshiped not industrialists or billionaires.

So even if artists indulge in polluting the very fiber of art and culture in the nation they must do it discreetly not shamelessly.

First of all art took birth in temples and after that it reached literature and theatre. This is a film industry which was not created just for business. It was not made just to earn billion-trillion dollars. That’s why art is always respected and not any big businessman. So if any artist is polluting art and culture in this way, then he should do it carefully and not shamelessly.

Talking about Pathan, this most awaited movie of Shah Rukh Khan was released on January 25, 2023. Tremendous enthusiasm is being seen among the audience regarding the film. Various figures are coming out regarding the box office of the film. Talking about advance booking, the film earned more than 50 crores even before its release.