Kangana Ranaut came under the target of KRK by commenting on Raj Kundra, also spoke heart about Shilpa Shetty 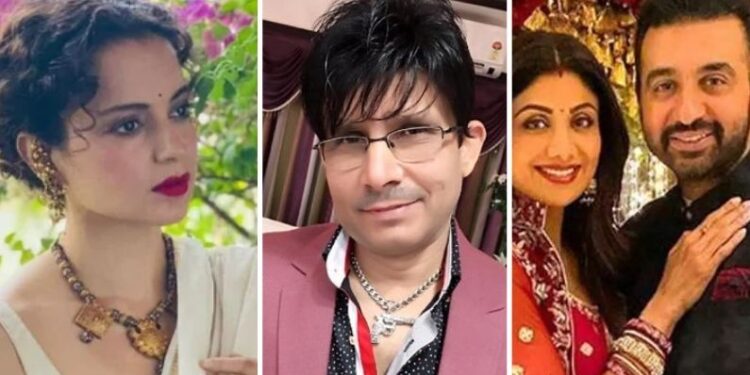 Let us tell you that Raj Kundra, who is the husband of Bollywood actress Shilpa Shetty, has been accused of making and selling pornographic films.

Be it any matter related to Bollywood, Kamaal Rashid Khan i.e. KRK always has his opinion. KRK has also spoken about Raj Kundra, who is currently in jail for making obscene films. Along with this, KRK has targeted actress Kangana Ranaut, who gave a strong reaction to the arrest of Raj Kundra on Tuesday.

Before telling KRK’s reaction to Kangana, let’s talk about Kangana’s post, in which she spoke about Raj Kundra. Kangana said in one of her Instagram posts- “That’s why I call the film industry gutter. White is not always right. I am going to expose Bollywood through my upcoming production film Tiku Weds Sheru.”

What is Kangana doing in this gutter?

Taking a jibe at Kangana’s post, KRK wrote in her tweet- “I don’t mind that Kangana Ranaut calls Bollywood the gutter. But I just want to ask her one thing, what is she doing in this gutter? He should have lived in the beautiful city of Manali instead of living in this gutter. After all, what is the compulsion of Kangana to live in this gutter? 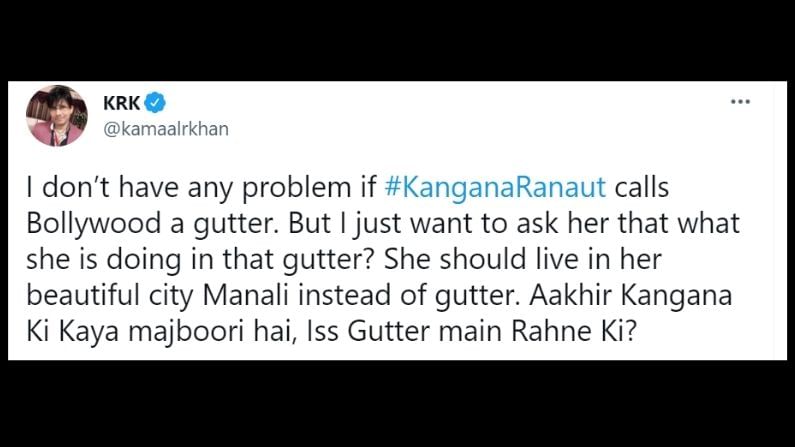 KRK did not stop here. He also said a lot about Bollywood and Shilpa Shetty. KRK said in one of his tweets- Well your Bollywood is also tremendous. What is the evil of the world, which is not here? Drugs, alcohol, hawala, rape, murder, etc., etc. are all equipped.

At the same time, while speaking his heart about Shilpa Shetty, KRK writes – “Many people are asking me to release a video about the arrest of Raj Kundra, but I cannot do it. Shilpa Shetty is a senior actress in Bollywood and I respect her a lot. Hope everything will be fine soon.”

Many people are asking me to release video about #RajKundraArrest but I can’t do that. @TheShilpaShetty is the senior actress in Bollywood and I respect her a lots. Hope all will be OK soon!

Let us tell you that Raj Kundra, who is the husband of Bollywood actress Shilpa Shetty, has been accused of making and selling pornographic films. On Monday, Raj Kundra was arrested by the Mumbai Crime Branch in this case. He was produced in the court on Tuesday, after which he was sent on police remand till 23 July. At present, Raj Kundra is lodged in Byculla jail.

Also read- Shilpa Shetty shared this post before the arrest of Raj Kundra, wrote – Power to change what is happening around….