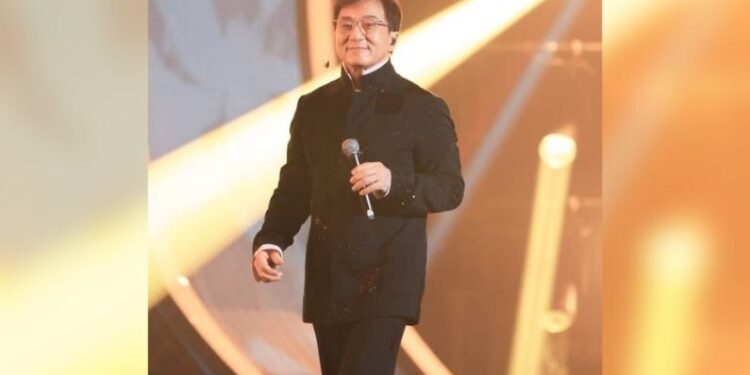 Jackie Chan comes from Hong Kong, yet he has been supporting Beijing’s action against democracy supporters in Hong Kong. He has been criticized many times for this.

In the seminar, the people of the Chinese film industry discussed and shared their views on the speech given by President Xi Jinping at the party’s centenary celebrations on July 1. At the seminar, the vice president of the China Film Association, Chan spoke about his interest in joining the CPC. The official Global Times reported this on Monday.

Expressed desire to become a member of CPC

Chan said, ‘I can see the greatness of the CPC. Whatever this party says and promises, it will fulfill it not in 100 years but only in a few decades. “I want to become a member of the CPC,” he said. Chan has been associated with the CPC for many years. He has also been a member of the Chinese People’s Political Consultative Conference (CPPCC), an advisory body of professionals nominated by the party.

The martial arts icon also faced sharp criticism in 2019 when he criticized pro-democracy protests in Hong Kong. Jackie Chan said, ‘I have traveled to many countries and I can say that our country is developing rapidly in recent years. Wherever I go, I feel proud to be a citizen of China and the ‘Five-Star Red Flag’ is respected all over the world. He said these things in an interview given to the official media of China.

‘I love my country and home’

Jackie Chan said in 2019 that Hong Kong and China are my birthplace and home. China is my country, I love my country and my home. He said that I hope that Hong Kong can return to peace soon. After prolonged protests in Hong Kong protesting China’s control of the former British colony, Beijing took control of it by passing a national security law last year. The new law was criticized by the US, the European Union and other countries. Under this law, a large number of protesters and their leaders were arrested and put in jail.

Also read: Pakistani model Nayab Nadeem’s body found without clothes in the house, the killers escaped from the bathroom window by strangulation