Is Karan Johar’s dream project ‘Takht’ locked? The starcast of this film was strong 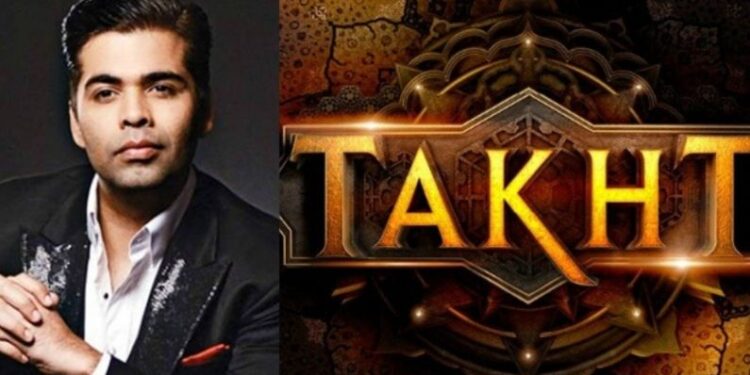 For the past several days, Karan Johar has been in the discussion about his new film ‘Rocky Aur Rani Ki Prem Kahani’. Because of which no news has come out about his last film ‘Takht’.

After ‘Ae Dil Hai Mushkil’ in 2016, Karan Johar is set to take up the reins of direction once again after nearly five years with his upcoming period film ‘Takht’. Decision was taken. But now a big update has come out about Karan Johar’s dream project, which may shock the fans of Karan.

Is the canned plank?

It is being said that the film Takht was a film based on the controversial Mughal history. The budget of this film was also very tight. It was a powerful and expensive historical costume drama film. Karan Johar was producing this film in association with Fox Star Studios, but due to some reasons, Fox Star Studios broke all ties with the film ‘Takht’. Considering that Karan Johar is not making Takht at the moment, there are speculations that his other expensive films Brahmastra and Liger, which are in the production stage, are awaiting their release. And not only these, other films like Dostana 2, Jug Jug Jio and Shakun Batra’s upcoming film are also on their last stop. In such a situation, it is not right to start the throne.

There was a dispute over the throne

Recently, the writer of the film Hussain Hydari had given an objectionable statement on Hindus. After this, Boycott Takht started trending on social media regarding the film, and fans fiercely heard Karan even before the film came.

Karan Johar had chosen big Bollywood stars for this film. In which Ranveer Singh, Vicky Kaushal, Anil Kapoor, Kareena Kapoor, Jhanvi Kapoor, Bhumi Pednekar and Alia Bhatt were in the lead roles. The motion poster of this film has been released long back. The story of the film was of the Mughal ruler Aurangzeb and his brother Dara Sikoh. In the film, Ranveer Singh was going to be seen in the role of Dara Sikoh and Vicky Kaushal as Aurangzeb.

Karan Johar recently announced his love story based film Rocky and Rani ki love story, with which Karan will once again take over the direction of direction after a full 5 years. Along with Ranveer Singh and Alia Bhatt, Jaya Bachchan, Dharmendra and Shabana Azmi will also play important roles in this film. Karan will start shooting for this film in the next few months. It has to be seen when Karan makes any announcement regarding his film Takht.

Also read :- Rahul Disha Wedding: Rahul Vaidya and Disha Parmar married each other, see the first photo of the wedding