Indian Idol 12 Shocking: During the performance, Pawandeep Rajan forgot the lyrics of the song, will this mistake make him out of the show?

by indianews
in Entertainment
3 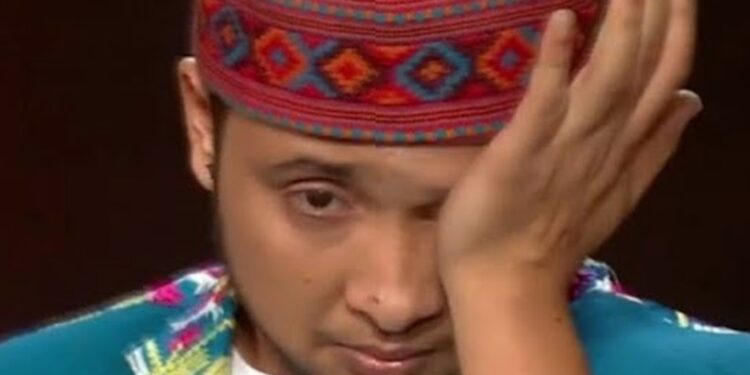 It is being said that after this mistake of Pawan, he was once given a chance to sing on stage, not only this, Dharmendra, praising him, also fed him parathas specially from his house.

Will Pawandeep get another chance?

Contestant Pawandeep Rajan of Sony TV’s singing reality show Indian Idol 12 is called ‘Mr. Perfectionist’ of Idol. Pawandeep Rajan, who never made a single mistake anywhere from Sur Taal to the lyrics of the song, stopped in the middle of a performance in today’s July 18 episode. Yes, seeing Pawandeep leaving his song incomplete in this way was a big shock to everyone along with the judges. Although the reason behind this has not been clear till now, but it is being speculated that Pawandeep, who reached ‘Bottom Two’ with Sawai Bhat 4 weeks ago, may have to make this mistake very expensive.

Today, Pawandeep is going to perform on the song ‘Lon Se Chullo Tum, Mera Geet Amar Kar Do’ in front of the famous 80s couple Dharmendra and Anita Raaj. This song of the film ‘Premgeet’ has been filmed on Raj Babbar and Anita Raaj. Pawandeep Rajan was presenting this song by Jagjit Singh beautifully on the stage. The magic of his voice was so much on the stage that the guest judge of the show, Anita Raj, burst into tears remembering that old era.

During this performance, when Pawandeep sang Dekhi Jeevan instead of ‘Jab Pyaar Kare Koi To Dekhi Keval Mann’, he immediately stopped as soon as he realized his mistake. Seeing her incomplete performance in this way, all the contestants along with Shanmukhpriya went to the square. In the video shared by Sony TV, we can see that not only the contestants, Himesh Reshammiya to Anita Raj, Anu Malik, everyone was stunned to see what happened on the stage.

Another chance will be given by the judges?

Although if sources are to be believed, Pawandeep was once again given a chance to sing on the stage, not only this, Dharmendra, praising him, also fed him parathas specially brought from his house. But the question arises that will this second chance and unfortunately made mistake in this reality show to be judged on the song One Take, will cost Pawandeep in public’s court? Because Pawandeep had to join Bottom Two due to getting work votes with Sawai Bhat a few weeks back. It will be interesting to see what the public decides now.

Super Dancer Chapter 4: Sanchit with Rupsa, till Prithviraj all the contestants will put on the dance, watch the video