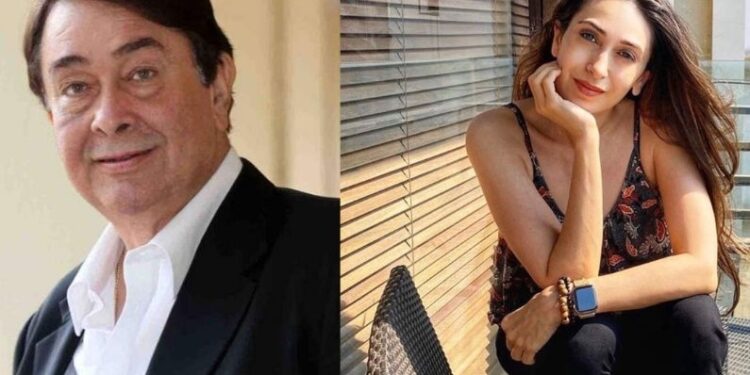 Randhir Kapoor, while talking to everyone on the show, told that he wants both his children to also be a part of Indian Idol 12 and they would have loved it if both of them also sang a lot here.

Bollywood’s beautiful actress Karisma Kapoor reached the show of Indian Idol today as a special guest where the top 6 contestants gave their strong performances in front of the actress. During this, Karisma Kapoor enjoyed the show openly, the actress also danced with everyone and listened to the songs of her films with a lot of heart. During this, father Randhir Kapoor and younger sister Kareena Kapoor Khan also reached here from his family through video conference on the set. Where Kareena gave a very emotional message for her sister, after listening to which Karishma became very emotional.

Kareena Kapoor Khan told here that her elder sister Karishma is the biggest force in her house, who keeps her entire family very safe. Where did Kareena come here for Karisma that Didi has always helped her. She has stood by him every moment. After Kareena, Randhir Kapoor also came on the set, the actor while talking to daughter Karishma on this occasion said that ” Karisma I also watch this show, I wanted why you and Kareena are also not a part of this great show. Children sing so wonderfully, I wish you guys also sang like this here, how good it would be.”

The actress enjoyed a lot with everyone on the show, where she also made many special revelations. The actress told that her life was as simple as other normal children, where she used to go to her college by local train. He told that even today he has kept the second class ladies compartment pass of his train at home. Which always keeps them connected to the local.

Also read:- Maharashtra: Uddhav Thackeray spoke to the filmmakers, said- Coordinate with the police for the timing and place of shooting in Mumbai