Indian Idol 12: Karisma Kapoor will make a special request to Shanmukhpriya, singer will dedicate a song to Kapoor family 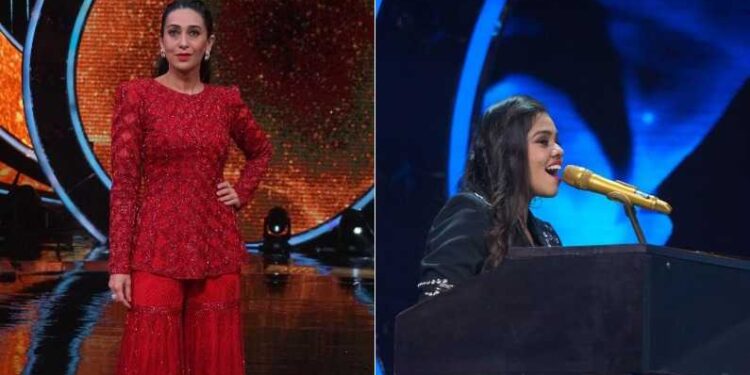 Karisma Kapoor is going to appear in the upcoming episode of Indian Idol 12 and during this she will be seen making many revelations. At the same time, the contestants of the show will be seen presenting their spectacular performance in front of the actress.

Fans are very fond of Sony Entertainment Television’s Indian Idol 12. The show is also continuously maintaining its place in the TRP list. Recently, the show has got its top 6 contestants. The beautiful 90s actress Karishma Kapoor is about to reach the show this weekend.

Shanmukhpriya, one of the top 6 contestants of the Indian Idol show, will also honor this special request of the brilliant actor Karisma Kapoor in her own special way. This queen of Bollywood asked Yudling girl Shanmukhpriya to sing ‘Kisi Ki Muskoon Pe Ho Nisaar’.

After Shanmukhpriya’s heartwarming performance, Karisma Kapoor said, “Thank you for singing this beautiful song for my grandfather on my request. It was very relaxing and relaxing to hear this. It stirred up a lot of old memories and emotions in me.”

On receiving so many positive comments from Karishma, Shanmukhpriya said, “I can’t stop my happiness. I got this personal request from Karishma ma’am and that too for this song, which is very special not only for her but for the entire Kapoor family. I myself played the piano for this song. I am extremely grateful to this forum for giving me many such opportunities again and again.

In the show, Karishma will reveal that Suniel Shetty pranked Karisma twice. Talking about this, Karishma has said that once when we were shooting a film in Chennai, and I saw a man wearing a dhoti is sitting at a distance. A lot of people had come there, so I thought he must be some senior artist from South, whom I don’t know. However, later the actor asked to meet him. We clicked pictures together. Before the shot, I was shocked when the same man was applying makeup on my face. I immediately went to Sunil to inquire about her and when he told that it was a prank, I was shocked.

Also read- ‘Zindagi Na Milegi Dobara’ completes 10 years, the film was to give an example of friendship