Indian Idol 12 Eviction: Fans got angry after Ashish Kulkarni’s exit, told the show to be fixed 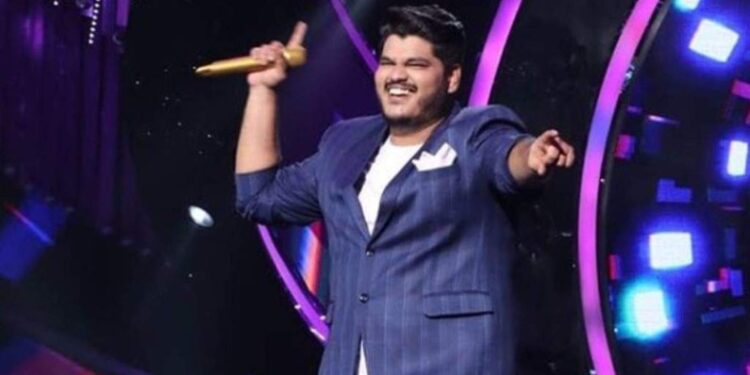 The grand finale of Indian Idol 12 is going to happen on 15th August. In such a situation, before the finale, strong contestant Ashish Kulkarni has been out of the show. Everyone is stunned by Ashish’s exit.

Ashish Kulkarni out of the show

Strong contestant Ashish Kulkarni has been evicted from Sony TV’s singing reality show Indian Idol 12 on Sunday. Due to low votes, Ashish, who is considered to be the finalist of the show, could not make his place in the top 6. Once again the anger of the fans has erupted on the show due to Ashish’s exit.

After performing in the Asha Bhosle special, the show’s judge Anu Malik announced Ashish’s exit. Due to Ashish’s exit from the show, his fans have called this decision of Indian Idol a wrong decision.

At the same time, due to Ashish’s exit, the fans have once again targeted Shanmukhpriya. Fans say that Shanmukhpriya should have been out of the show instead of Ashish.

In such a situation, expressing anger on the show, a user wrote, another wrong eviction, how can they throw out a versatile singer like Ashish Kulkarni, he is a wonderful singer man.

Another wrote in the tweet that Ashish Kulkarni is a versatile singer. He sang almost all genres of songs, whereas Shanmukhpriya sings in only one genre. Ashish’s departure is unacceptable.

#AshishKulkarni is the versatile singer he sang almost all genre songs not like #ShanMukhPriya who sings in same genre.

Elimination of Ashish is unacceptable
#IndianIdol

A user has written that Ashish Kulkarni was the most versatile singer of the show. Sony TV is biased and now it’s a fix show fooling everyone

Lost faith and interest in
#IndianIdol after the elimination of #AshishKulkarni.. that too in front of the legendary Ashatai! He was one of the finest and the most versatile singers in the show! You have already decided whom to give the trophy! Pathetic politics😠😡

Fans are shocked by Ashish’s exit from the show. Singer was considered to be the finalist of the show from the very beginning. But on Sunday, it has been declared on the stage of the show that the contestant who has got the least votes based on the decision of the public is Ashish Kulkarni. Before Ashish, talented contestants like Anjali Gaikwad and Sawai Bhat also had to say goodbye to the show.

Also read- Kareena Kapoor showed up as soon as the cover was launched, the book became the number one bestseller

Deepika Padukone told who her ‘love’ is, Ranveer Singh’s fans were shocked