In Indian Idol 12, Pawandeep Rajan gifted his lucky cap to this special person, not Arunita 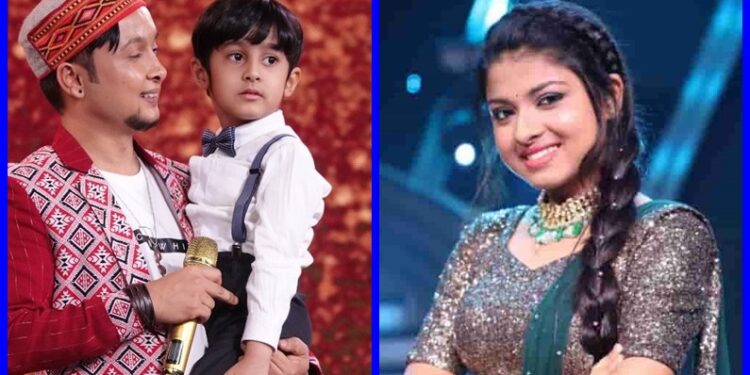 Pawandeep Rajan is about to perform on the song ‘Phir Se Ud Chala’ and it has been heard that he has been praised a lot for this superb performance.

In Sony TV’s Indian Idol 12, the discussion of the friendship of Arunita and Pawandeep is going on in full swing. The names of these two have been sung with each other many times, but both of them have always said that they are very good friends of each other. But still in the coming episodes we will see Arunita’s special friend is not going to give her lucky cap but to someone else. Actually, Sunday’s episode of Indian Idol 12 will be quite a bang.

In this special episode, Pawandeep is going to perform on the song ‘Phir Se Ud Chala’ and it is heard that he has been praised a lot for this superb performance. Actually this song was requested by a small fan of Pawandeep who is a wonderful drummer in real life. The name of this little fan of Pawandeep is Prayan. Whom people know as Drummer Boy Joey. While cheering Pawandeep on the stage of Idol, drummer Boy Joe aka Prayan is going to show his drums to the audience.

In the middle of the performance of this little fan, Pawandeep also joined him on the stage and together they sang songs and also played drums. Not only this, Pawandeep, famous for his Himachali cap, praised Prayan and gifted him his cap. Prayan was also looking very happy after receiving this beautiful gift from his idol.

Pawandeep was happy to meet the fan

Talking about the lovely meeting he had with his fan, Pavandeep Rajan says, “I consider myself lucky that this little baby is inspired by me. I am really inspired by the passion with which he plays drums at such a young age and I pray that he becomes a famous drummer in the future. I am grateful to this show which gave me a chance to meet little drummer Boy Joey (Prayan) and perform with him. He is a star for me. I will never forget the joy that came on his face when I gifted him my cap.”

Sonu Kakkar will come next week

Let me tell you, in this episode with the theme ‘India Ki Farmaish’, well-known singer Sonu Kakkar will arrive as a special guest. In front of the public’s court, all the contestants will fulfill the demands of the songs made by the guests.

Naagin fame Adah Khan will be the new Bondita, Kanika Mann is no longer a part of Barrister Babu