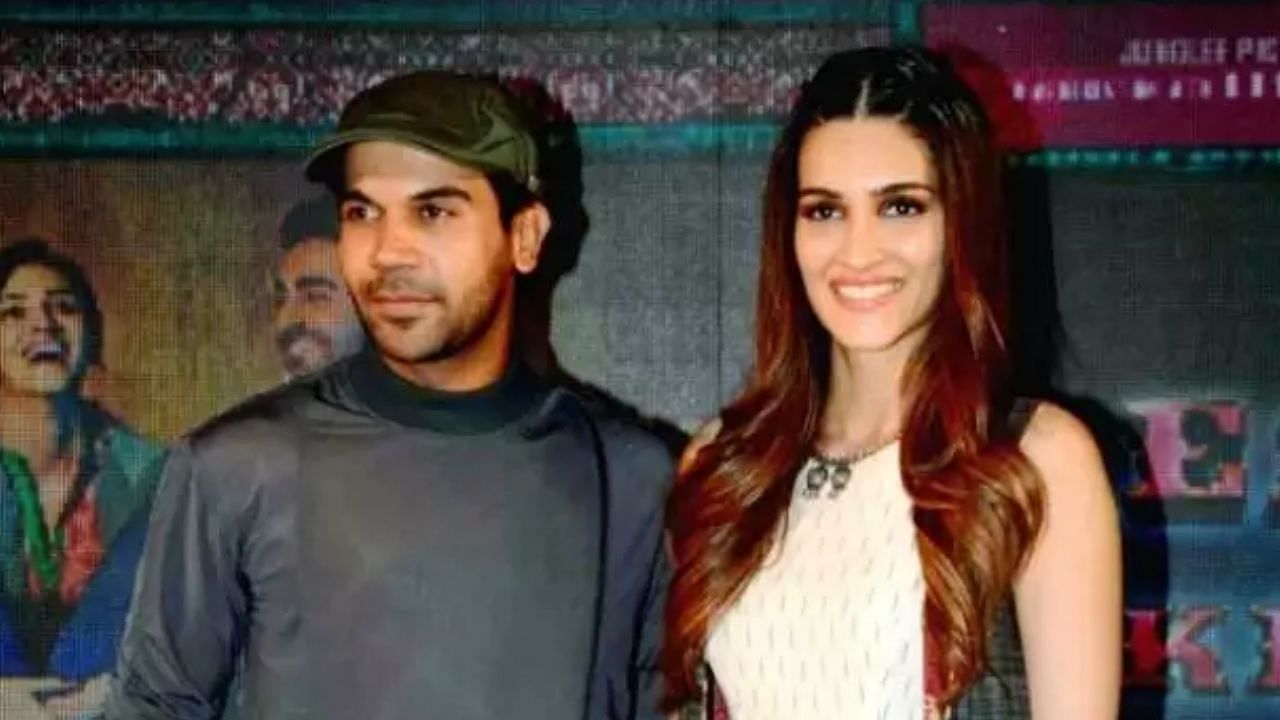 Hum Do Hamare Do Trailer Out: Trailer of Kriti Sanon and Rajkummar Rao’s film released today, Kriti Sanon announced on social media
The film will be released on this Diwali

National: The first teaser of Bollywood actors Rajkummar Rao and Kriti Sanon’s upcoming film ‘Hum Do Hamare Do’ is out and the film is working on the tagline of ‘Familywaali’ for Diwali. This information was given by Kriti on her social media microblogging account Ku.

The film will release on October 29
#DisneyPlusHotstarMultiplex”

The film also stars Paresh Rawal, Ratna Pathak Shah and Aparshakti Khurana in pivotal roles. The film is going to release on 29th of this month, in which the mood of the family members has been added. Even before this, the makers have started promoting the film. After releasing the posters of ‘Hum Do Hamare Do’ one after the other, the makers have now brought us a very interesting trailer of the film which is being well appreciated by the audience.

In the teaser, a nervous Rajkumar Rao is seen waiting for Kriti Sanon to arrive and within seconds Kriti is seen entering the frame. She then tells Rajkumar that they should sort out the issue. Paresh Rawal’s voiceover has been used in the promo, in which he says that the young couple is keen on adopting parents. A glimpse of Ratna Pathak Shah can also be seen along with Paresh Rawal in the teaser, which can be guessed that this film is going to be very funny.

Rajkummar Rao and Kriti Sanon have previously worked together in Dinesh Vijan’s directorial debut Raabta. Although Rajkumar did a cameo in that film. Directed by Ashwiny Iyer Tiwari, Bareilly Ki Barfi also starred Ayushmann Khurrana in lead roles along with Rajkumar and Kriti.

Where can you watch this movie?

This is Kriti Sanon’s second direct-to-OTT release this year. Mimi has previously appeared on Netflix, starring Pankaj Tripathi in the lead role. This film was highly appreciated and Kriti was highly appreciated for this film. He also made his debut on the OTT platform with Mimi. At the same time, Rajkummar Rao also has a second OTT release in 2021. Rajkumar was earlier seen in Netflix Original The White Tiger opposite Priyanka Chopra. After announcing the opening of theatres, Hum Do Hamare will be the first film with two popular star cast, which is coming straight to the OTT platform.

Maihar Devi Temple: This Shaktipeeth of Mother Sharda is full of miracles, where any flower is offered before the priest