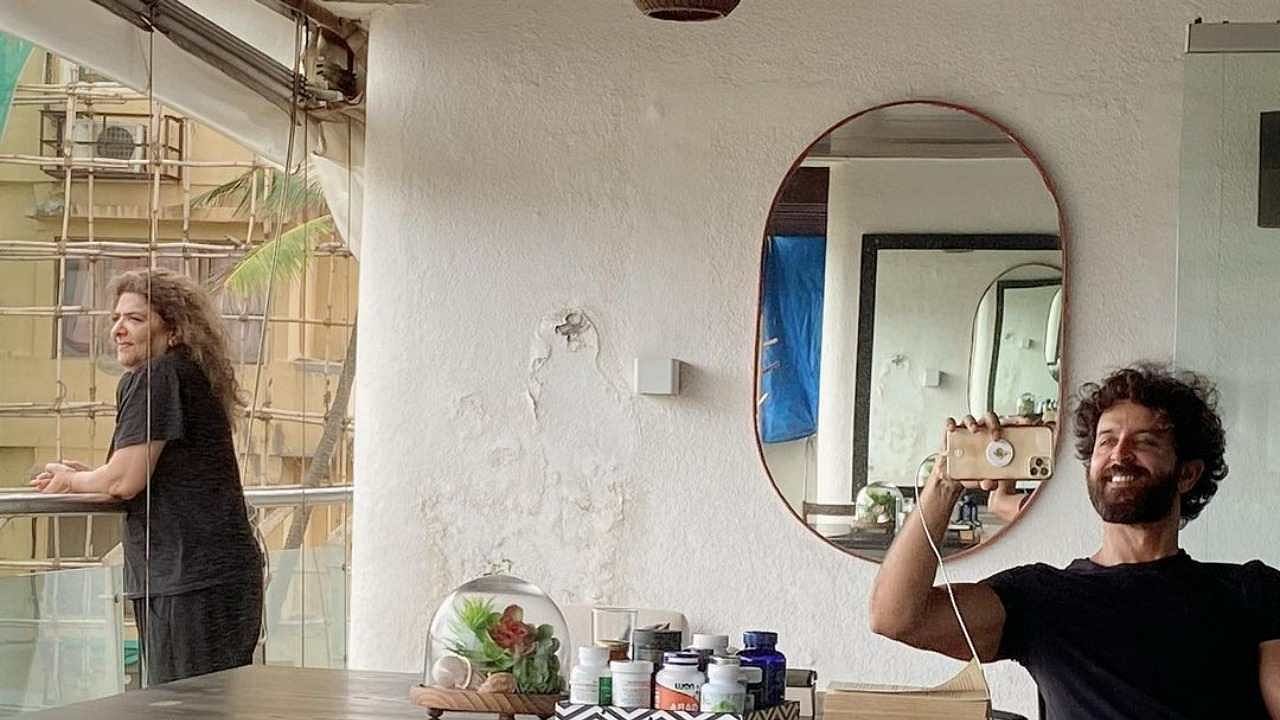 Fans saw Bollywood actor Hrithik Roshan in the film War some time back. This film was a super hit on screen. Now recently Hrithik has shared a photo, after which he is engrossed …

Bollywood actor Hrithik Roshan rules the hearts of his fans on the basis of his dance, style and acting. The fans of Hrithik, who won the hearts of fans from his very first film, are eager to know every single news related to the actor. Recently, Hrithik has shared such a photo, after which he has come into the limelight.

Hrithik Roshan, who has earned crores from each of his films, has recently shared a photo, in which the actor’s mother (Pinkie Roshan) is seen, but in this photo there is a dampness on the wall of his house. But people are also trying to troll the actor.

Why Hrithik Roshan dominated because of the photo?

According to the news of caknowledge.com, the net worth of the actor is 370 million. In such a situation, now that the actor’s photo has come to the fore, the fans are questioning about the dampness seen on the wall of his house.

Let us tell you that while sharing this photo, Hrithik has written in the caption that during a lazy breakfast date with his mother .. Sunday feeling is the best on Wednesday. Now you too hug your mother once.

Let us tell you that in this picture of Hrithik, he himself is seen taking a selfie from his mobile and his mother is seen standing in the balcony. Let us tell you that the back wall is also visible in this photo, on which the crust is seen coming off due to the dampness.

Let us tell you that Hrithik Roshan keeps sharing photos of his ex-wife Suzanne, children and mother on social media. Unsurpassed actor Hrithik is the father of two sons. During the lockdown, Suzanne stayed at Hrithik’s house to be close to both her children.

These batsmen are dominating the IPL, have been playing big innings ahead, know the surmas of this special list

Yoga Poses: Do these 5 yoga poses regularly to get relief from joint pain