Hasal: Sanjay Mishra and Ranvir Shorey’s ‘Hustle’ has four interesting stories, the film will be released on this day 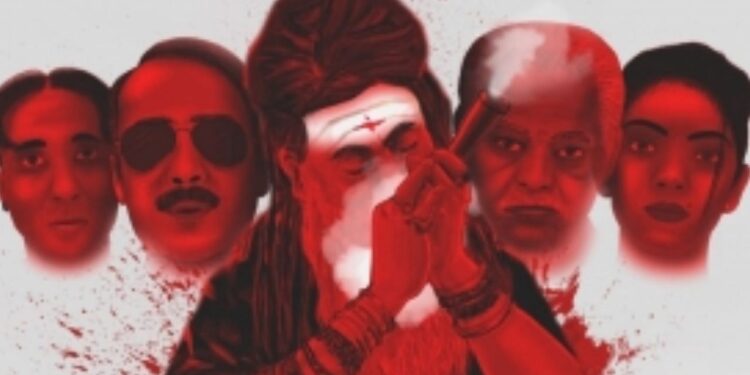 Will release in December this year.

Sanjay Mishra and Ranveer Shorey’s film ‘Hasal’ is coming, in which you will get to see four different stories, which are very interesting. Director Ravi Singh has to say about this film that his film ‘Hustle’ explores the darkness present inside every person. About the film Ravi Singh revealed, “It is the story of life, the tale of darkness that pervades every human being, some have the courage to grow with it, some have the courage to discover the obscure parts of themselves, some to look different. And strive to shine like the moon, some have a vengeance fire. This is the story of four lives and the hustle and bustle of their struggle to survive.”

This film shows the fundamental darkness that everyone hides, while it is within every person. It shows how all the four characters in the film enjoy, accept and celebrate their struggles and try to live better with it.

This film will show the story of common people

Regarding the idea of ​​writing the script of this film, Ravi says, “The film has 4 stories and I got inspiration through observation from my surroundings. Therefore these are not fictional characters and are adapted from real life. I just gave them words. This is a story that resides in every family, city, village etc. This is the story of common people like us.”

‘Hustle’ starring Sanjay Mishra, Ranvir Shorey, Raghav Juyal and Tejashwi Singh Ahlawat is written, directed by Ravi Singh and produced by Jayesh Patel. Presented by Bravo Entertainment, the film will go on floors in December. The first shoot schedule will be in Varanasi. It also stars Ishtiaq Khan in an important role. Producer Jayesh Patel really liked the setup of the story.

He said, “Writer-director Ravi narrated this story to me in January this year. I really liked the style and the setup and treatment of the story. Then, agreeing to the cast-friendly role, we just moved on. Pre-production has been completed. The workshop with the actors has been scheduled for the whole of November. We will start shooting in Varanasi in the first week of December.”