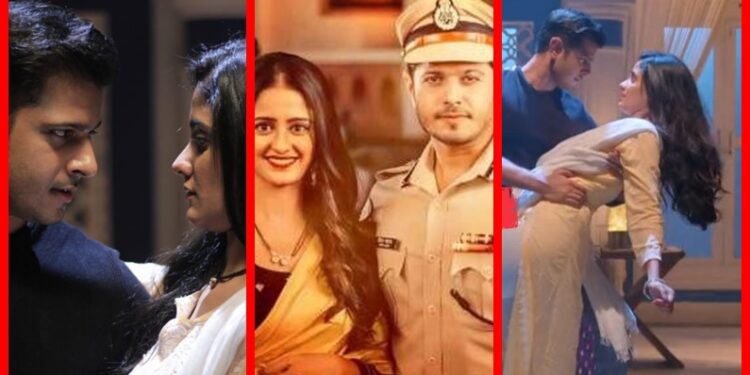 There is always some trouble in the love story of Sai and Virat. At present, a friend of Sai has come between them, whom she is praising very much.

Sai will win the challenge

Along with Sai and Virat, the character of Pakhi played by Aishwarya Sharma is also getting a lot of love from the audience. Currently in the serial Gum Hai Kisi Ke Pyaar Mein, we see Virat getting very jealous when his wife Sai praises her friend Ajinkya’s dance. Sai is preparing for the competition to be held in her college.

In the last episode, Sai had invited his family for a college function but none of his family is ready to attend them. Sai is also not ready to accept defeat. She challenges her entire family that she will by any means be able to take them to her college festival. Although everyone feels that she will lose this challenge, but if our sources are to be believed, Sai is going to win this challenge.

With his killer moves Virat has already won the ‘muqaabalaa..’ Don’t miss to witness this hidden talent of our one & only Virat Chavan!#GhumHaiKisikeyPyaarMeiin, Monday-Saturday, 8pm, StarPlus and Disney + Hotstar on: https://t.co/kZvaDwkbCp#NeilBhatt #AyeshaSingh pic.twitter.com/iKLniSqmBo

Know how to win the challenge

In the upcoming episodes, the audience will get to see Sai’s interesting dance performance. Sai and Ajinkya will perform together in their college festival. The makers have shot this performance brilliantly. Along with this dance, Sai will also succeed in her challenge, as her family will have to attend Sai’s college festival, but against their wishes. Now it will be interesting to see what tactics Sai’s family uses to back their words and attend the ceremony.

Great performance of the show in TRP

For the past few months, Star Plus show ‘Gum Hai Kisi Ke Pyaar Mein’ is doing quite well on TRP. The show is maintaining its place at number two with ratings of 3.2.

TMKOC: Jennifer Mistry, who plays Roshan, gets irritated after hearing rumours about leaving the show