Govinda was not in a relationship with wife Sunita before marriage, Serious, used to say – be like Neelam… 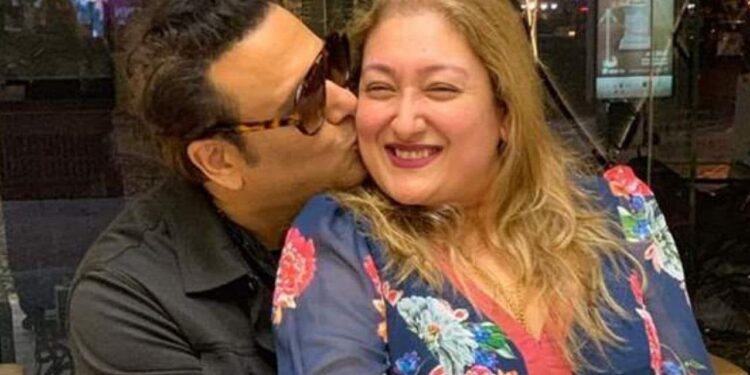 Few people know that Govinda got engaged before Sunita, but after some time this engagement was broken. However, both of them got married after the estrangement ended.

Bollywood actor Govinda’s wife Sunita is in a lot of discussion these days. The reason is his recent statement about Krishna Abhishek. Let us tell you that actor Krishna Abhishek is the nephew of actor Govinda. There is a lot of controversy going on between the two for a few days. For the time being, we will not talk about this controversy, today we will talk about Govinda’s wife Sunita, how he spent so many years with Govinda and why Govinda was not serious about his relationship with Sunita before marriage. This was once disclosed by Govinda himself in one of his interviews to Stardust magazine.

Govinda had said- I had no intention of being in a serious relationship with Sunita. I was just looking for a girl who could be with me. At that time I had signed many films. One day my brother Kirti came to meet me on the sets. I wanted to do a romantic scene, but I was not able to do that. I was feeling very uncomfortable and I felt very awkward while holding a girl’s hand.

Govinda was not serious with Sunita

He further said that after this my brother told me that why don’t you do any affair, so that you get the experience of romance. At least you will have an idea how to hold a girl’s hand. So at that time I met Sunita. My relationship with Sunita at that time was just a deliberate move and I had to pay a heavy price for it. I realized this very quickly. After this I had already given a commitment to Sunita. I am very impulsive.

Govinda had to have a relationship with Neelam, costly

Due to Govinda’s relationship with actress Neelam, the relationship between Sunita and the actor was also affected. Referring to this, Govinda had said – I never thought that a young girl (Neelam), who has got name and fame, would be very down to earth. I could not stop myself from praising him in front of my family and friends. I often used to tell Sunita to change yourself and be like Neelam. Sunita used to get irritated by this. She used to tell me – you loved me because you liked me the way I am. Don’t even try to change me. But I was very confused what to do if I do.

Few people know that Govinda got engaged to Sunita, but after some time this engagement was broken. However, both of them got married after the estrangement ended. Talking on this, Govinda says – As soon as my busyness in work increased, the relationship between me and Sunita started changing. She was starting to feel insecure and jailed. If she used to complain to me, I used to get angry. There were constant fights between us. One day during the fight, Sunita said something about Neelam and I got angry, I broke the engagement. I told Sunita to leave me alone and I broke off the engagement with her. Sunita did not talk to me for five days and she started feeling that I had done all this to marry Neelam. However, later everything was resolved.

Also read- Thalaivii BO Collection: Kangana Ranaut’s film is not able to do amazing at the box office, know how many crores earned on weekend