Good News: South’s superstar Sivakarthikeyan became father for the second time, said – the long wait of 18 years is over 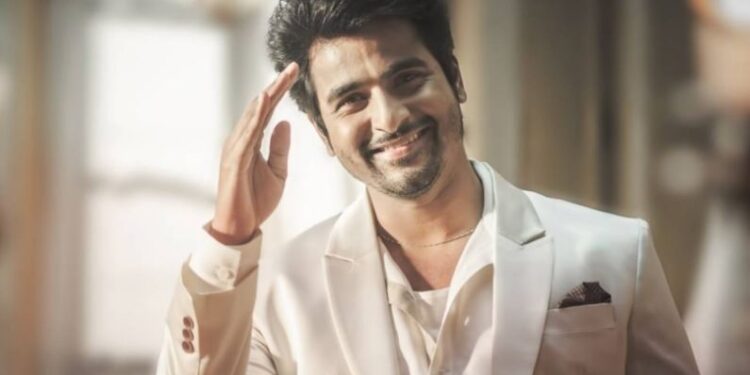 On this post of Sivakarthikeyan, his fans and his friends from the film industry are congratulating him on becoming a father for the second time.

The cries of the little child resonated in the house of South film industry superstar Sivakarthikeyan. His wife Aarti gave birth to a lovely son on Monday. Sivakarthikeyan gave this information through a post on his social media. Sivakarthikeyan has become a father for the second time. Before this, he also has a daughter, named Aradhana, who was born in 2013. Sivakarthikeyan told through his recent post that both mother and son are fine.

Along with this, Sivakarthikeyan also appeared a little emotional on this occasion. On this happy occasion, he remembered his late father and he sees the image of the father in his son. In one of his tweets, Sivakarthikeyan shared his happiness with the fans. With this tweet, he has also shared a photo, which has a photo of his father and his newborn son in the hands of Sivakarthikeyan.

Remembering the late father on the birth of a son

Sharing this photo, Sivakarthikeyan wrote- “After a long wait of 18 years, my father has taken birth as my son. To ease the pain of my years, my wife Aarti has endured this pain. I thank him with tears in my eyes. Baby and mom both are fine.”

Today, 18 years later, my father is holding my finger as my son 🙏 Thanks to my wife Arthi, who endured the pain of my life for many years, with tears 🙏 Mother and baby are well pic.twitter.com/oETC9bh6dQ

On this post of Sivakarthikeyan, his fans and his friends from the film industry are congratulating him on becoming a father again. One user wrote – Your father is reborn as your son. Grab his hands tightly. Don’t miss that experience, opportunity etc. You always say in many award functions that my dad is not here to see me take the award, but now your dad is in your hands to see your best moments. Many congratulations to you. In this way many people are wishing Sivakarthikeyan to become a father.

At present, talking about Sivakarthikeyan’s workfront, before the second wave of Coronavirus, he was shooting for director Sibi Chakraborty’s film Don. Shooting has stopped due to Corona. Apart from this, Sivakarthikeyan is waiting for the release of director Nelson Dilipkumar’s film Doctor. There are many reports that the film may release on the OTT platform, but no official statement has been made by the filmmakers on it yet.

Also read- Ali Goni does not have any project in hand yet, what is the reason for the increased weight?