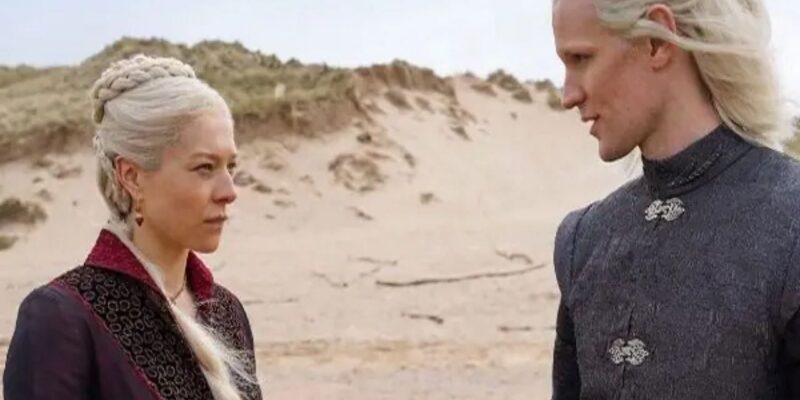 Let us tell you that the tremendous teaser of House of the Dragon, the much awaited prequel of the hit show Game of Thrones among the fans, has been released today.

Actually ever since the 8th season of the show has ended. Since then, its fans were continuously demanding a prequel of the season as soon as possible. In such a situation, the makers have given a special gift to these fans.

There were reports for a long time that Game of Thrones’ prequel House of the Dragon would be released in the year 2022, but now finally its makers have given their official seal on the release. Actually the makers have released the teaser of House of Dragon which has increased the excitement of the fans.

How is its special teaser

Let us tell you that this teaser of the prequel is very spectacular. In this teaser, fans are going to see glimpses of many old stars. Not only this, this prequel has made fans crazy as soon as it is released. This prequel R. R. Martin’s novel Fire and Blood.

Let the fans know that this novel was written in the year 2018 and shows the story 200 years before the beginning of Game of Thrones. It begins, where many developments like civil war in the state will be shown. It will also have 10 episodes like the rest of the seasons of Game of Thrones.

what is star cast

If we talk about its cast, then in this prequel, unsurpassed stars like Paddy Considine, Emma Dorsey, Matt Smith, Olivia Cooke, Steve Toussaint are going to be seen. Now after the teaser is over, its makers will release its trailer soon. At the same time, the fans are also eagerly waiting for the trailer. Its first season was released in the year 2011. A total of 73 episodes were made in eight seasons.

Drugs Case: After the arrest of Shahrukh’s son Aryan, Subhash Ghai said – We were against drugs earlier and still are…

PM Modi distributed e-property cards to 1.71 lakh beneficiaries, said – Drone flying in our locality, will give new flight to villages

Indication of crow dreams: What are the signs when a crow is seen in a dream, know its auspicious and inauspicious results