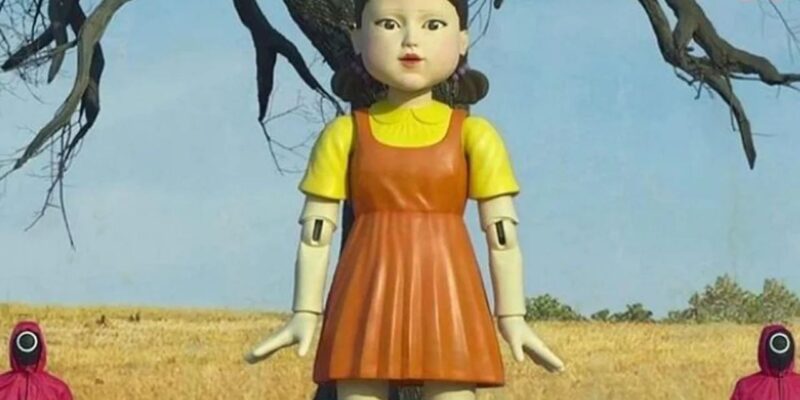 Often all the funny posts are shared on social media. Not only social media users but police officers are also ahead in this matter. You all must know that the South Korean web series Squid Game remains in the discussion. The craze of this web series has gone up from public to government employees. A lot of memes are also being seen on the internet regarding Squid Game, there are some memes which are very funny. Now the Uttar Pradesh Police has also made interesting use of the meme made on Squid Game. See his post going viral-

Now Uttar Pradesh Police has shared the photo of Red Light-Green Light game from the series, regarding which they have advised everyone to follow the traffic rules. Sharing the picture, the UP Police wrote in the caption- ‘Red light or green light, wear your helmet and seatbelt … do not challenge the traffic rules.’

UP 112- Our Emergency Helpline which can ‘square a circle’ in the minimum possible time!#SquidGame #SquidGames pic.twitter.com/su16EDZqxJ

Now this post by him is becoming increasingly viral on social media, along with social media users are sharing their reaction. Let us tell you all apart from this UP Police has shared another meme. This meme is from Man with the Umbrella Game. Sharing this, he wrote in the caption – UP 112 – Our emergency helpline which can solve any problem in the shortest possible time. Both these posts have been shared on social media platform Twitter.

Talking about the South Korean web series Squid Game, it has nine episodes, inside which there are 6 games. This game is known as statue game in India. Talking about the other, he is ‘The Man with the Umbrella’. In this, the player has to remove the given shape from the circular sweet candy. This shape can be a triangle, a circle, an umbrella or a star. These shapes have to be carefully removed from the sweet candy in the same shape. Let us tell all of you that this web series remains in the headlines at this time.

Pop star Britney Spears may debut soon, will sing in this superstar’s film