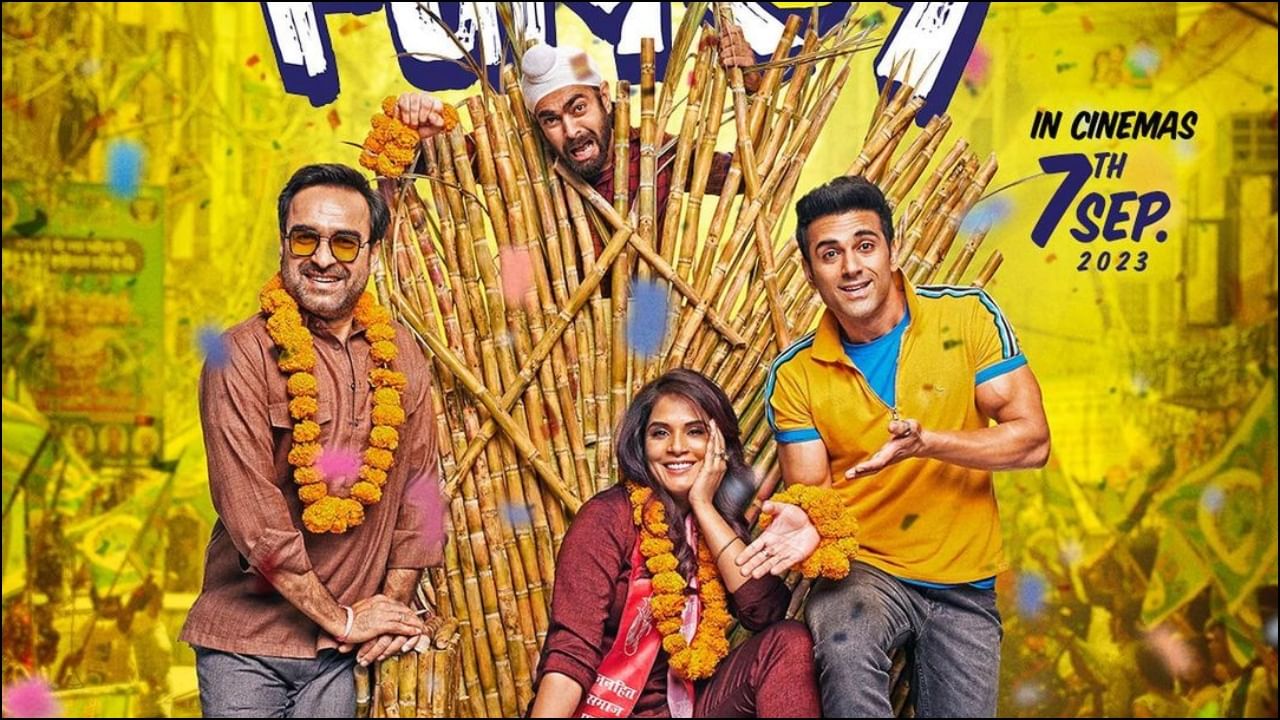 Fukrey 3 Release Date: The first and second part of Fukrey was well liked by the people. At the same time, after the success of two parts ‘Choocha’, ‘Bholi Punjaban’ are coming back once again. The poster and release date of ‘Fukrey 3’ has come to the fore.

Fukrey 3 Release Date: You must remember these four friends, Chucha, Honey, Zafar and Lali, who made people laugh a lot through their dream of earning easy and quick money. Yes, we are talking about the hit comedy film franchise ‘fukery’ Of. Both the parts of this film were liked by the people. Bholi became a Punjaban through this film. Richa Chadha Had also made a lot of headlines. All these characters are going to be seen on screen once again. Along with the poster of the film, the release date has also come to the fore.

The third part of the hit comedy film ‘Fukrey’ will be released in theaters on 7th September. The makers of the film announced this on Tuesday. The official poster of the film, to be made under the banner of Ritesh Sidhwani and Farhan Akhtar’s ‘Excel Entertainment’, has been released.

The comedy film ‘Fukrey’ revolves around four friends. These characters are played by Honey (Pulkit Samrat), Chucha (Varun Sharma), Lali (Manjot Singh) and Zafar (Ali Fazal). In the film, all four come together to earn easy money. Apart from this, the film also stars Bholi Punjaban (Richa Chadha) as a local gangster and Pankaj Tripathi as Panditji. At the same time, Mrigdeep Singh Lamba is returning as the director of the third film after directing the first two parts – ‘Fukrey’ (2013) and ‘Fukrey Returns’ (2017).

Ali Fazal was not seen in the poster

The poster of ‘Fukrey 3’ has been shared by Varun Sharma on his Instagram, in which Varun Sharma, Pulkit Samrat, Manjot Singh, Richa Chadha and Pankaj Tripathi are seen. Although Ali Fazal is not visible in this poster, which seems that he may not be a part of the third part.

Sharing this poster, Varun Sharma wrote in the caption, “A film that is very special to me. A film through which I started my journey. A character that is synonymous with my name. Choocha is coming back with his gang of fools. See you in cinema halls on 7th September.”