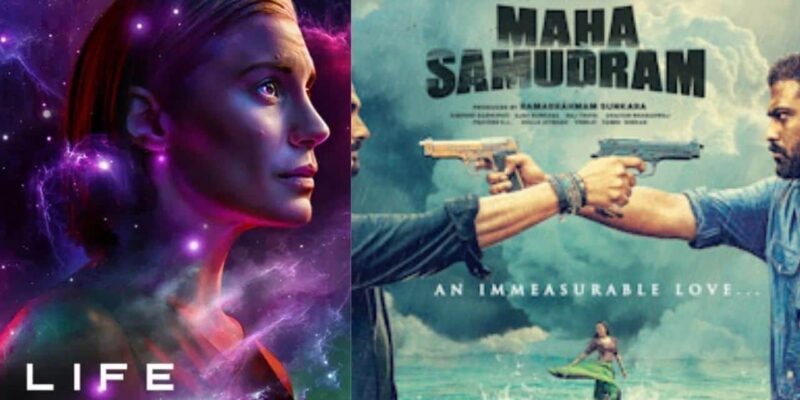 These movies and webseries will be released on OTT

Even though the situation is improving after the Corona epidemic. Along with this, theaters have also been opened. But the makers are still avoiding releasing films in theaters and releasing films on OTT platforms.

Let us know which movies are being released today, which can be enjoyed on weekends. Today many films including ‘Another Life Season 2’, ‘Jinne Jimme Saare Nikkeme’, ‘Maha Samudram’ are releasing on OTT. Let’s know about these films and webseries.

Today, the science fiction drama ‘Another Life’ Season 2 is releasing on Netflix. Its first season was released on 25 July 2019. As you know that due to Karona, the dates of all the shows were postponed. In such a situation, the fans were waiting for this web series for a long time. This sifi fiction tells the story of an Astronaut, how he saves his planet.

who did all the bad things

‘Jinne Jimme Saare Nikkeme’ is releasing today on OTT platform Zee5. This is the first Punjabi film which is premiering on the biggest platform of the country. This series is the story of Gurnam Singh and Satwant Singh Kaur who have four sons. Like any growing parent, they also want time and love from their children. It will be interesting to see in the end whether they get the love of their children or not. This series is shown with comedy and emotional.

In The Dark Season -3

‘Maha Samudram’ is a South film in which many big stars are going to be seen. Actors like South’s actors Sharwanand, Siddharth, Aditi Hydari, Anu Emmanuel will be seen in this film. There is a lot of action and romance in this film. Ajay Bhupathi is the director of this film. AK Entertainment is the producer and Chaitan Bhardwaj is the music director. Rao Ramesh and Jagapathi Babu have played other important roles in Mahasamudram. This film is releasing today.

Also Read – In Criminal Justice 3, Pankaj Tripathi will solve a new case, there will be a tremendous explosion

Also read – Chandan Roy Sanyal will be seen as a strong villain in Sanak, will give tough competition to Vidyut Jamwal

Maruti launched a special edition of this vehicle, now it looks sportier than before in red and white