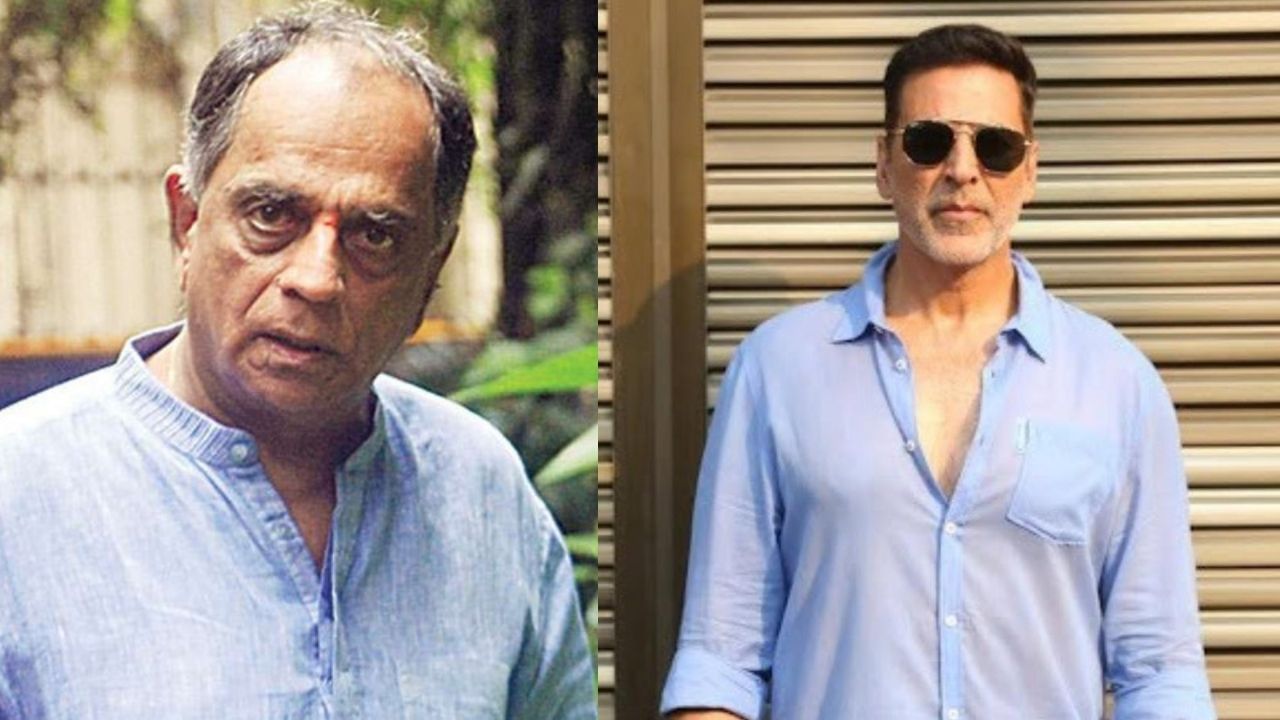 Nihalani revealed that during his tenure as the chairman of the Central Board of Film Certification, he repeatedly wrote to the Ministry of Information and Broadcasting about these “banned” advertisements. But no reply was received.

Hypocrisy and Bollywood go hand in hand. Akshay Kumar (Akshay Kumar) It’s no surprise to me after knowing Ko for 22 years that he is now promoting a carcinogenic product. He is the same neat actor who supported sanitary pads for economically challenged women in R Balki’s ‘Pad Man’, every movie we see has a government sponsored ad in which Akshay is a smoker. He is seen advising Vala to use his money for his wife’s pad instead of smoking a cigarette. Former CBFC Chairman Pahlaj Nihalani (Pahlaj Nihlani) Promotion of pan masala brand (Pan Masala Advertisement) On doing this, questions have been raised on Akshay Kumar.

Pahlaj Nihalani said that, I firmly believe that where Akshay tells a common man about spending money on sanitary pads, he should be removed from films from now on. The government should seriously consider this. On the one hand, a well known marketable actor is asking the public not to spend on cigarettes. On the other hand, the same actor is advising Pan Masala. Very confusing for the influential public.

And why only actors? The actress is using social media platforms to promote nudity. They are giving bare minimum poses to each other. Some have even rejected it. This is free for all. Throw money, watch the spectacle.

Nihalani feels that Bollywood stars can never get the respect that their South actors do. In the South, temples have been built for stars like Rajinikanth, Vijay and Khushboo. And when Yash’s KGF2 released in Mumbai, his fans poured milk on his cardboard cutouts. Have you ever heard of a Bollywood actor being honored like this?

Pahlaj Nihalani does not want to single out only Akshay Kumar for special condemnation. He said, ‘Akshay’s image is very clean. He is seen as a hero of the people. Then why is he promoting the brand of pan masala? Many like Govinda and even Pierce Brosnan are promoting a proven agent for cancer. If this is not injurious to national health then what is?

Letters written several times to the Ministry of Information and Broadcasting

Nihalani revealed that during his tenure as the chairman of the Central Board of Film Certification, he repeatedly wrote to the Ministry of Information and Broadcasting about these “banned” advertisements. But no reply was received. Subhash K Jha is a film critic from Patna who has been writing about Bollywood for a long time to get to know the industry from the inside. He tweeted on @SubhashK_Jha.