First Look: Amitabh Bachchan’s first look from the film ‘Goodbye’ went viral, Rashmika was seen in this style with Mandanna 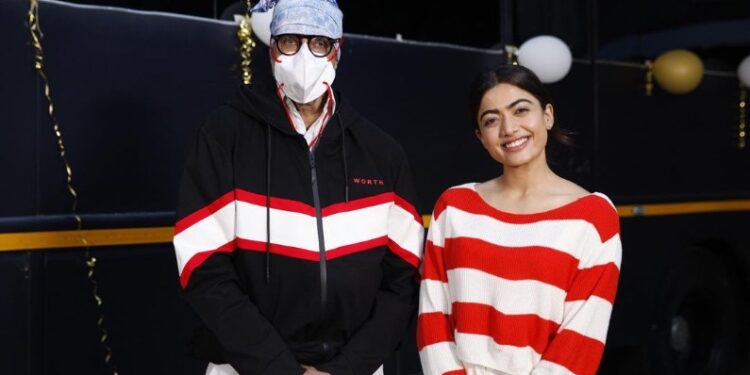 Amitabh Bachchan is shooting for his upcoming film Goodbye these days. In this film, South’s star Rashmika Mandanna will be seen in the lead role with him.

National crush Rashmika Mandanna is going to step into Bollywood after making a splash in the South. She is currently shooting for her upcoming film Goodbye. In this film, Amitabh Bachchan and Neena Gupta are going to be seen in the lead role along with Rashmika. Amitabh Bachchan’s look from the film is going viral on social media.

Goodbye is going to be Rashmika’s second Bollywood film. The shooting of the film started in April. Fans are eagerly waiting for this film. The wait of the fans is going to be a little less because the look of Amitabh Bachchan has been shared by Rashmika’s fan page.

This is the look of Amitabh Bachchan 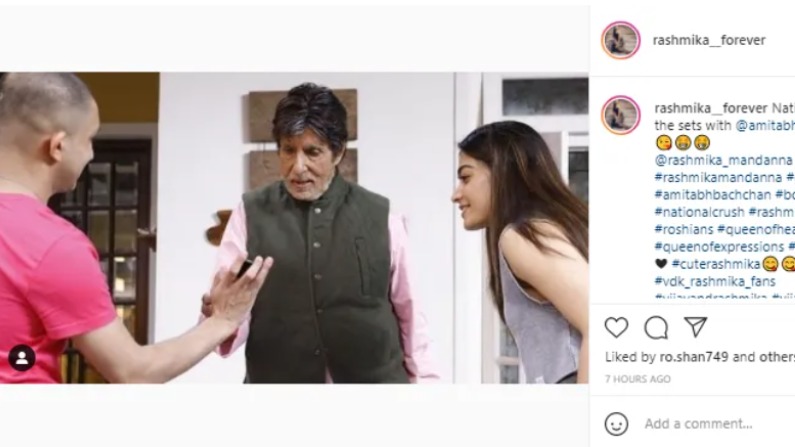 Amitabh Bachchan’s first look from Goodbye is out

In the picture going viral from the sets of Goodbye, Amitabh Bachchan and Rashmika are seen looking at a phone. In the photo, Big B is wearing a Nehru jacket with kurta pyjama. At the same time, Salt and Pepper are seen in Hair. Rashmika, on the other hand, is in a casual look.

Ekta Kapoor is producing Good Bye. The shooting of the film has started in April. Ekta Kapoor shared her experience of working with Amitabh Bachchan. He had said that Goodbye is a very special subject for me. It has entertainment along with emotions. This is the story of every family. Thrilled working with Mr Bachchan and the beautiful Rashmika Mandanna is also a part of this film.

Rashmika Mandanna celebrated her birthday on the sets of Goodbye. He shared a picture with Amitabh Bachchan from the sets. In the photos, Big B is seen standing with Rashmika wearing a mask. These pictures went viral on social media.

Talking about the workfront, Amitabh Bachchan has a line of projects at the moment. He is going to be seen in Brahmastra with Ranbir-Alia, Meade with Ajay Devgan, Chehre and Jhund with Emraan Hashmi.