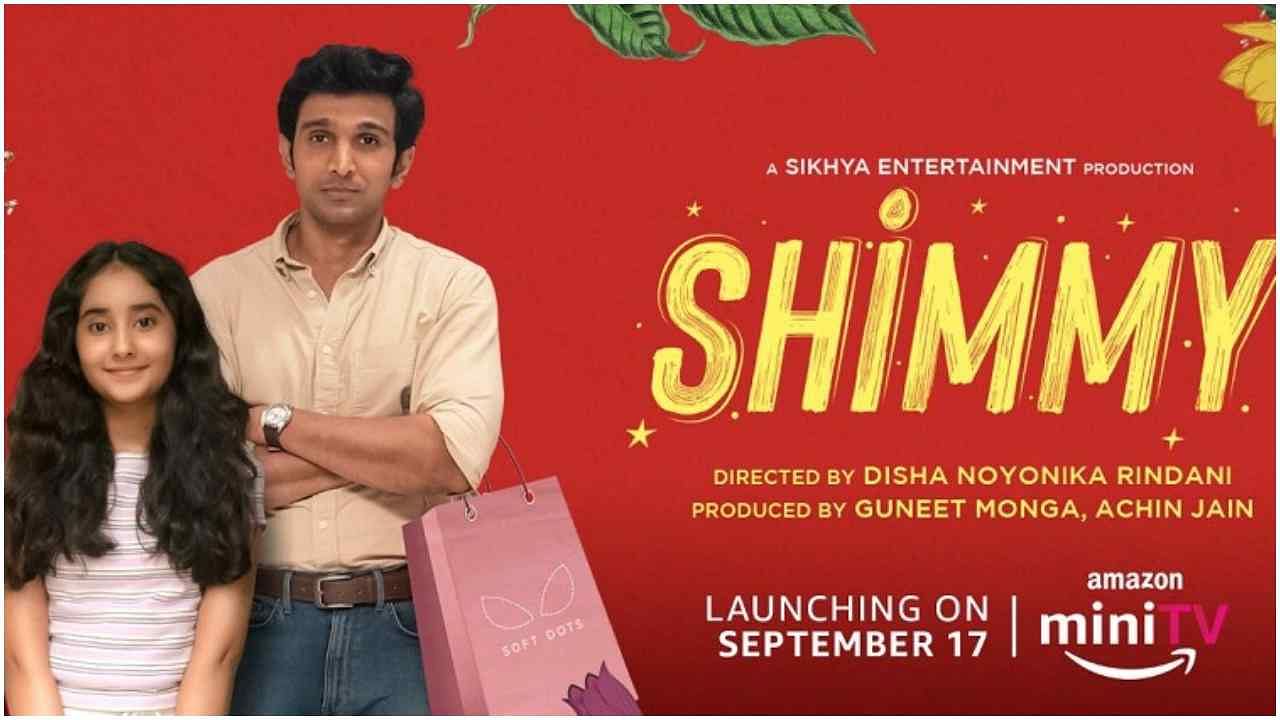 Amazon MiniTV in association with Guneet Monga’s Sikhya Entertainment announced Prateek Gandhi starrer ‘Shimmy’ as the first title of a multi-film collaboration. Shimmi, the first film of this collaboration, featuring Prateek Gandhi in the lead, is all set to release on September 17th on Mini TV’s Amazon shopping app – no subscription required to subscribe to the app Is.

Mini TV, a free mobile video entertainment service in Amazon’s mobile shopping app, acts as a TV-in-pocket for every Amazon customer in India.

Other short films in the pipeline will be announced for release on Amazon in the coming months, made available for free viewing for millions of Amazon customers across India. Shimmi is about a tough day in the life of a young girl (played by Chahat Tevani) and her father (played by Prateek Gandhi), who cannot understand what is bothering her. The film also stars Bhamini Ojha Gandhi in an important role. It is written and directed by an emerging talent, Disha Noyonika Rindani, who has previously co-written ‘A Death in the Gunj’ and directed the award-winning short documentary ‘Bombay 70’ based on Indian rapper Naezy. Shimmi is produced by Guneet Monga and Achin Jain, whose banner Sikhya Entertainment has given some unique titles like Pagalat, The Lunch-Box and Masaan.

Sikhya Entertainment is renowned for supporting movies with the most incredible content that is trending across the globe. This collaboration will increase the number of mini TV viewers. Talking about the association, Guneet Monga, CEO, Sikhya Entertainment said, “Short format content is one of the most exciting ways to collaborate with new talent. At Sikhya Entertainment, we take full pleasure in discovering and empowering up-and-coming young filmmakers and technicians. It was inspiring to see these stories come alive both on and off screen. I am glad that we share the vision of bringing engaging desi stories to an ever-increasing audience with Mini TV.”

Speaking about the latest addition to the Mini TV library, Vijay Subramaniam, Head of Content, Amazon, said, “At Amazon, the first rule of our playbook is to build long-term partnerships with the ecosystem that can enhance the viewership experience. Our association with India’s renowned content creators is a sincere attempt to fulfill our commitment to provide new, exciting and entertaining content on Amazon MiniTV.

Further, Head of Amazon Advertising – Harsh Goyal said, “We are delighted to announce this partnership with Sikhya Entertainment, helmed by India’s leading production house – Guneet Monga. The entertainment has just begun and we are excited that with the wide reach of Amazon MiniTV, hundreds and millions of Amazon customers from all parts of India will be able to enjoy these engaging short films for free.

read this also – Mallika Sherawat is going to do a new blast, know who inspired her new character…

Amidst the news of divorce, Samantha Akkineni shared the trailer of husband Naga Chaitanya’s film, the actor reacted like this