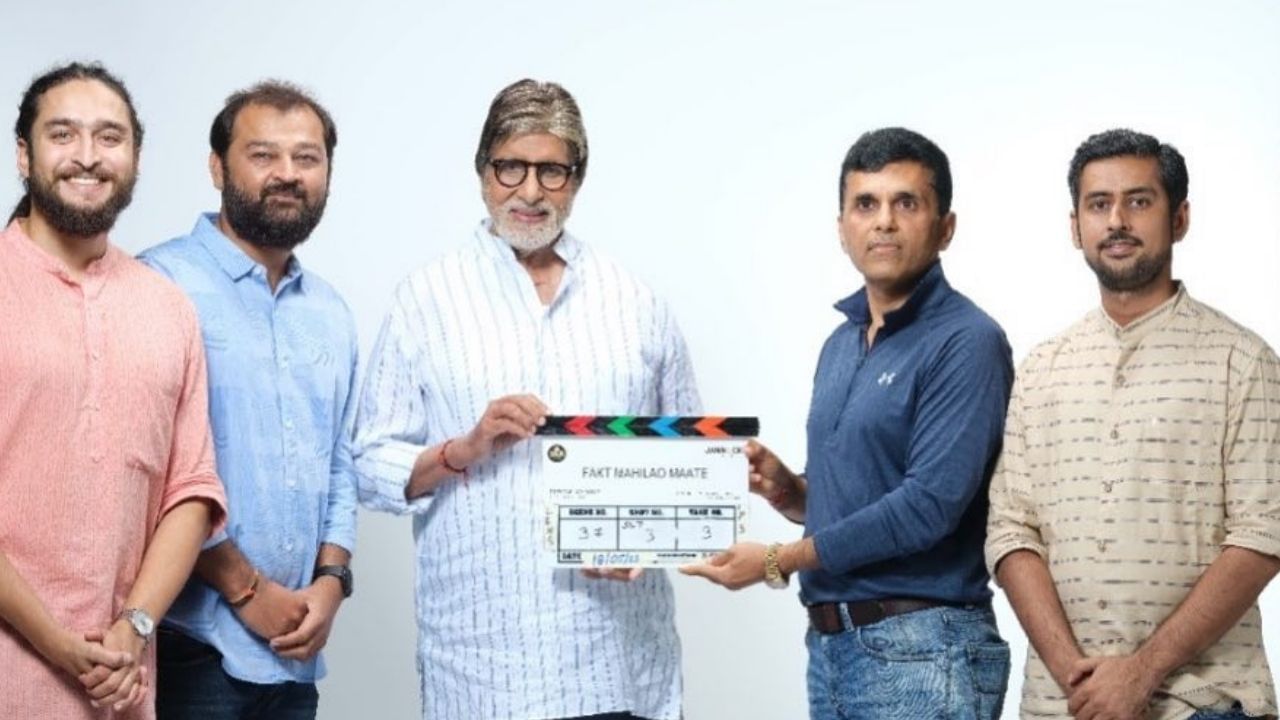 Megastar Amitabh Bachchan will be seen working in a Gujarati film for the first time. Along with this, he will also be seen speaking Gujarati. These days he is shooting for this film.

The don actor will be seen in a different avatar in this film jointly produced by Anand Pandit and Vaishali Shah. Speaking about Amitabh Bachchan doing a cameo in his film, Anand Pandit shared that, it is finding it difficult for me to imagine any project without Amit ji, who has been my friend, mentor in so many ways over the years. and guides. As soon as I asked him if he would do a cameo in ‘Fakht Mahila Met’, he immediately said, ‘Yes’. He didn’t ask to listen to the script or know who the director was and came on the set. This is the first time Amit ji is playing a Gujarati character in a Gujarati film.”

He further added, “Bachchan sir’s presence on the sets made everyone happy including my co-producer Vaishali Shah and the entire cast and crew. When Amit ji heard the script on the sets, he liked the witty twists and burst into laughter during the shoot. He was on time as always and finished his scenes with the precision of the swirling hands of a clock.

Everyone was surprised by his ease with Gujarati but few know that he is a linguist and grasps the nuances of many languages ​​with ease. I remember I saw him in ‘Laawaris’ where he spoke several languages ​​in a comic scene and little did I know that one day he would face the camera for my own Gujarati film. As always, he mesmerized everyone with his professionalism and charisma.”

Adorned by megastar Amitabh Bachchan and jointly produced by Vaishali Shah, the film will hit the theaters on August 19, 2022.