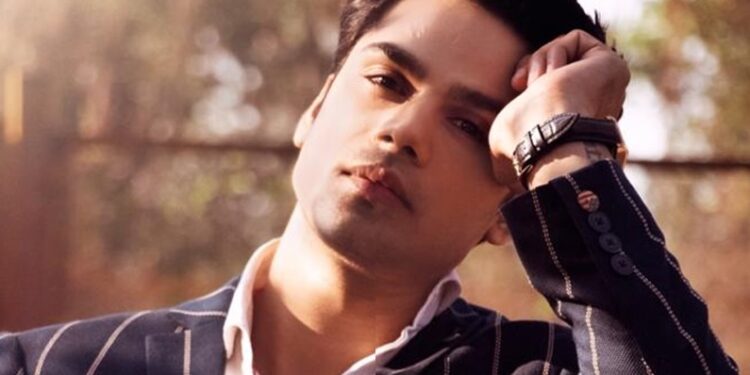 Recently Prithvi Tanvar’s uncle passed away. Prior to his death, Prithvi was known as Mahesh Tanwar. He said that after the death of my uncle Prithvi Tanwar, he decided to change his name to honor the legacy of my elder father.

Prithvi Tanwar, who hails from Chittorgarh, Rajasthan, had recently come into the limelight because of changing his name. Currently he is a part of Sasural Simar Ka 2 but interestingly he was also a part of first season of Sasural Simar Ka for some time. In an exclusive conversation with Tv9 Bharatvarsh, Prithvi said that for his passion for acting, he left his successful business and came to Mumbai. In the initial days, he wanted to become a model but then he turned his attitude towards acting.

Recently Prithvi’s uncle passed away. Prior to his death, Prithvi was known as Mahesh Tanwar. He said that after the death of my uncle Prithvi Tanwar, he decided to change his name to honor the legacy of my elder father. Since then I am known as Prithvi. There is no other reason to change my name. I feel that when someone calls me by his name, he is around me.” Prithvi believes that when he told this decision to his father, then he hugged Prithvi.

Prithvi’s family has a clean business in Rajasthan. But Prithvi always wanted to be a model and that is why he came to Mumbai. He heard many good and bad things about the modeling world. During this, he took admission in acting class for himself and from there his journey to become a star started. Without God the Father Prithvi is slowly climbing the ladder of success. In this journey, he has always got the support of his family.

Good bonding with many actors

Prithvi also talked a lot about his bonding with the actors on his sets. He said that although he has a good bonding with everyone on the set, but the actress playing the role of Choti Simar is a special friend of Prithvi with Radhika Muthukumar and Karan Sharma. Currently, one more show is being shot in Agra along with Simar and that show is Shakti Astitva Ke Ehsaas Ki. Prithvi used to spend a lot of time with Shakti’s actors too. During this, he had a good bonding with Sudesh Berry, Jassi and Cezanne Khan.

Nia Sharma Vs Devoleena Bhattacharya: One said ‘poor dancer’ and the other said “not a good person”, started with Pearl V Puri case