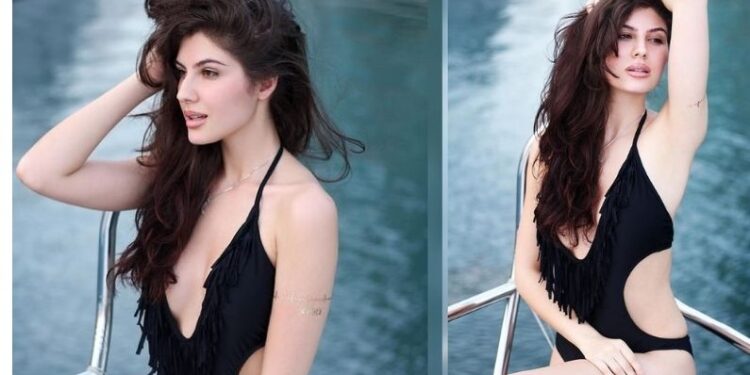 Elnaaz Norozi’s web series ‘Chutjpah’ is scheduled to release on July 23, 2021. Because of which the actress is going on in a lot of discussion. Where he has openly talked about his character Wild Butterfly.

Elnaaz Norozi is a popular face in the OTT space and has been a part of successful web series like ‘Sacred Games’ and ‘Abhay’. The actress is going to be seen in her next series ‘Chutzpah’ very soon. The actress is going to be seen in an interesting character named Wild Butterfly in this show. As interesting as it sounds, she is playing the role of a web cam star. There is a common misconception about women working as adult content stars, but the makers made sure that the character of Wild Butterfly was entertaining and fun on screen and not otherwise. Accordingly, the makers shared some references to web cam girls with Elnaaz to prepare for her character. Also, another challenge for the makers was to get the right look and costume for them.

Elnaaz said, “I have never heard a script like ‘Chutzpah’ before. I am glad that people are going in that direction and especially producers like Maddock who have taken this step and are making something that is very relevant. The web show has relevant stories from all over the world. I was happy and felt I needed to be a part of a script like this. I was a little worried thinking how would I be able to do this. There were clear apprehensions of playing the cam girl. But since Maddock and Mrigdeep sir were here, I knew it would be done well and it wouldn’t look bad or unsightly. And that’s why I trusted him.”

Talking about it, the actress said, “It was a very different kind of preparation because it involved watching a lot of cam girls, what they do, how they do and their actions because I had to do the same thing in front of the camera. was needed to do. All I can say is that it was unconventional. Everything about Wild Butterfly was interesting because we had so many different looks and I had to wear a different wig for every scene and every look. Keeping in mind the color of the nails, the look of the entire character was put together well. I loved the way he created the backdrop for my character. I read a lot about how it works because I had never heard of cam girls before or never knew anything like this happened. I am really happy that my character has come out so well and is done in such a wonderful way. I am not afraid to play the role.”

Also read :- Khoya Khoya Chand: Kunti of Mahabharata, Nazneen wore bikini in the 70s, there was a ruckus