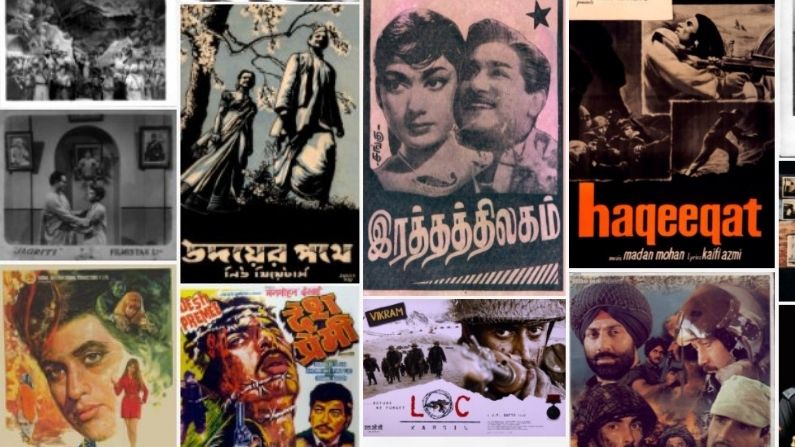 In the Chitranjali 75 exhibition, we are going to see posters of many famous films, including the Hindi film “1857”, the Bengali film “42 aka Bialish”, the 1960 film “Kadu Markani”.

Union Ministers of the Government of India Anurag Thakur and G. Kishan Reddy inaugurated the ‘Chitranjali 75’ virtual film poster exhibition today. Since August 15, the celebration of ‘Azadi Ka Amrit Mahotsav’ is going on across the country. National Film Archive of India, Pune has launched a special virtual exhibition of films, Chitranjali 75.

With the help of this virtual online exhibition, we will be able to see India’s journey of 75 years after independence with the help of film posters. In this special exhibition, we will get to see some very special pictures of the posters of films in many different languages. The entire exhibition is divided into three sections which include ‘Freedom Struggle through the Lens of Cinema’, ‘Cinema for Social Reform’, and ‘Salute to Brave Soldiers’.

Freedom struggle through the lens of cinema

In this section of the online exhibition, we will get to see posters of various types of films, in which we will see things related to the freedom struggle. In all these posters and pictures, we have been shown the struggle to get freedom. All these pictures will remind the coming generations of the freedom struggle of the country.

‘Cinema of Social Reform’ brings to the fore the intersection of Indian cinema and the Indian nationalist movement in the early decades of the 20th century. This powerful visual showcases the power of cinema to mobilize the energy of the people by creating a sense of patriotism through projections and melodies.

In this section we pay a fitting tribute to the valor of the armed forces, which has been a recurring theme in our cinema. The exhibition displays these images to salute the heroes in uniform.

In this exhibition, we are going to see posters of many famous films, which include many big films like Hindi film “1857” Bengali film “42 aka Bialish” 1960 film “Kadu Markani”. Let us tell you, while inaugurating this exhibition, Anurag Thakur said that this e-exhibition has been started in 11 regional languages. Where you will get to see a unique collection of pictures, along with this we have also included many types of videos and speeches and interactive quiz.

Also read :- Khoya Khoya Chand: Actor Prithvi, who blasted his debut film, disappeared from Bollywood, no one knows his news

Also read: – Web Series: Why was the pairing of Mahesh Bhupathi-Leander Paes broken? Now you will get the answer, see first look