Dilip Joshi should come forward to help the 20-month-old girl, this special appeal by tweeting 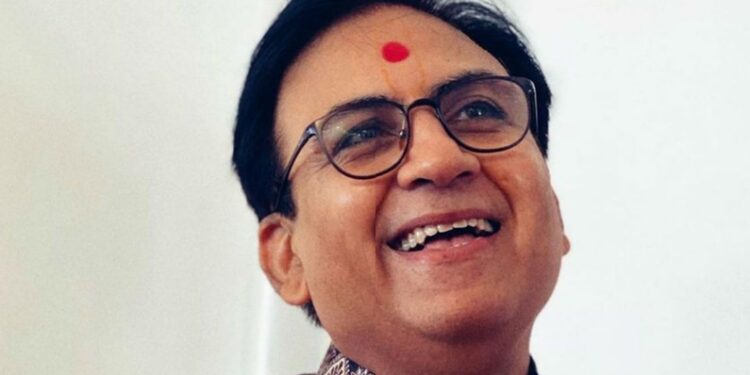 Dilip Joshi should come forward to help the girl child

Jethalal i.e. actor Dilip Joshi of Sony SAB TV’s popular serial Taarak Mehta Ka Ooltah Chashmah is in the headlines. Recently, through his tweet, Dilip has appealed to help the 20-month-old girl. In his tweet, Dilip Joshi shared the link of the video posted by co-star Mandar Chandwadkar (Bhide Master) a few days back, saying ‘Let us all come together and help’. The girl Mandar has mentioned in his video is just 20 months old. Her name is Shravya and she has a disease named ‘SMA Type A’.

Mandar, who plays Bhide, has further said in his video that a 15-day treatment is required for this disease. The drugs that are imported for this treatment are available in America and its cost is Rs 16 crore. This amount is very big for the common family and because of this Shravya’s parents are not able to collect so much money. Mandar says this amount is huge and so I want to appeal to you to help you win. No help is small. We are all trying. He had also said that he wants this amount to be collected before July 15.

Although 4 days have passed since July 15 and still the amount of 16 crores has not been collected for Shravya. Out of 16 crores, only 36 lakh rupees have been contributed so far and hence Dilip Joshi himself is tweeting about this. Because by his tweet, it is expected that most people can come forward to help little Shravya.

Spinal muscular atrophy (SMA) is a genetic disease that affects the nerves and muscles, causing the muscles to weaken rapidly. This disease occurs mostly in infants and children. The symptoms and prognosis are based on the type of disease in SMA. About 60% of patients with SMA have type 1. Symptoms appear at birth or within the first six months of a baby’s life. Babies with type 1 SMA have difficulty swallowing and sucking. Most children with type 1 SMA die before their second birthday.

Khoya Khoya Chand: If it is not a matter of acting, he has become a producer, now this actor of ‘Tum Bin’ is not even recognized

Khatron Ke Khiladi 11: Madhurima Tuli gets angry on Colors channel, know what is the big reason for this?