Dharmendra’s spilled pain, tweeted and said- ‘Every shining thing is not gold, told the truth… 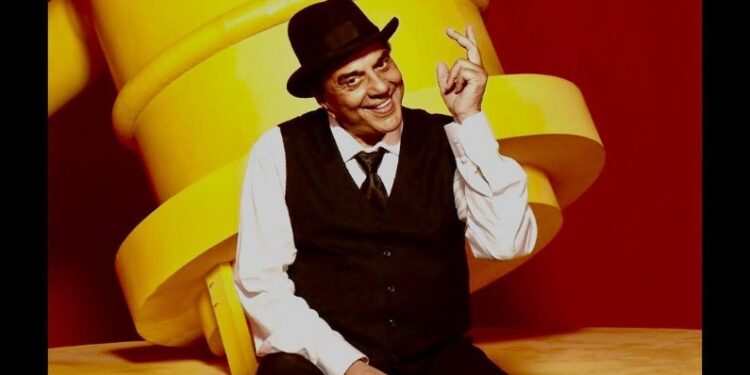 Jaya Bachchan appeared in an important role in the 1971 film Guddi. Dharmendra also played a small role in the film. Recently Dharmendra has shared a special video related to the film for the fans.

The veteran actor of Hindi cinema, Dharmendra still rules the hearts of the fans. Dharmendra presented many great films in front of fans in his career. Now Dharmendra keeps on interacting with his fans and followers through social media. Actors often keep refreshing old memories on social media.

Recently Dharmendra has shared such a post, which has become popular among the fans. Recently, Dharmendra has told the difference between films and reality by posting one such video.

Dharmendra has shared a video, this video of the actor is of Guddi, in which Dharmendra appeared in a special appearance. Actress Jaya Bachchan was seen in the lead role in this superhit film. If Jai Bachchan was made Guddi in the film, then Hero is a tremendous fan of Dharmendra.

In such a situation, a role of Dharmendra was kept to introduce him to Guddi in the film. With this video Dharmendra wrote – Everything that shines is not gold. Friends, the veil was removed from the reality of this glow in Guddi. I am saying with a sad heart, this stage of Mohan Studio was burnt. Here was my screen test.

How is the video

Let us tell you that in this scene of Jaya Bachchan’s film Guddi, Dharmendra says that here I started my career with Bimal Da. Bimal Roy was becoming Bandini then. Now this studio has also ended.

Do Bigha Zamin, Bandini, Madhumati… How many big films have been made here. Now who remembers those names, one day this name will also fade away and this place, which should have been a place of pilgrimage for art, will one day become a soap factory here. It is clear from this how sad Dharmendra is.

Seeing this post of Dharmendra, fans are commenting in various ways, fans are praising Dharmendra’s acting. On this post, the fans say that Dharmendra did not get the award even after his brilliant acting.

By the way, let us tell you that the film Guddi was directed by Hrishikesh Mukherjee. This film was released in 1971. The story of this film was written by Gulzar himself. Apart from Dharmendra and Jaya, Utpal Dutt, Samit Bhanja, AK Hangal, Asrani and Keshto Mukherjee appeared in lead roles in the film.

Monalisa again showed her killer style, photos of the actress dominated among the fans