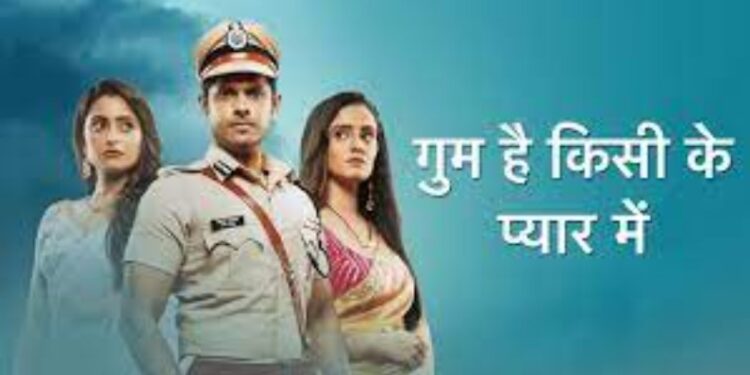 The plot of this time in the serial Gum Hai Kisikey Pyaar Meiin is not liked by the audience at all. Due to which there is a demand to boycott this show on social media.

Star Plus show Gum Hai Kisikey Pyaar Mein has been maintaining its place in the top 5 list of TRPs for a long time. The show has been winning the hearts of the audience ever since it started, but the fans are not liking the plot that is going on in the show at this time, due to which the demand for boycotting the show is rising on social media.

Pakhi, Virat and Sai are currently fighting in the show. In one episode of the show, Kaku comes to Virat and asks him to have lunch with Pakhi. Pakhi takes great care of you. Kaku tries to seduce Virat in her words and says that Sai is not worried about her but Pakhi cares for Virat a lot. Fans are not liking this plot of the show at all.

Is there seriously no sensible person from the creative or production team who can make the makers and writers realize their mistake? #BoycottGHKKPM #GhumHaiKisikeyPyaarMeiin

If Ayesha is loved by the fd & she’s fan-fav is cos she’s earned it by treating fans well through her conduct. Neil couldn’t cos he took them for granted, lost majority of them cos he’s 24/7 invested doin nibba-nibbi with GF off-screen🤷#GhumHaiKisikeyPyaarMeiin#BoycottGHKKPM

Social media users are calling this love triangle toxic and are blaming the script. One user tweeted – Sai came to become a doctor? She came to fulfill her Aaba’s dream but what character is she showing in the show? She solves the problems of her in-laws but everyone insults her.

At the same time, a user wrote – This trend is not targeting any actor. This is for the cheap content shown in the show. In which the elder brother-in-law and sister-in-law are promoting the relationship.

Actress Ayesha Singh, who plays Sai, has reacted after the news of the show being boycotted. Ayesha said- These things do not affect me because they are only showing their emotions. Writers are very smart and they know how to create interesting storylines. He is doing his job and if people are reacting so much on this then it means that the writers have been successful in doing their job because he is bringing out the emotions of the people. I hope that when a new twist comes in the story, people will like it very much.

Let us tell you that Virat and Sai’s chemistry is being liked a lot in the show. Recently the show completed its 200 episodes.